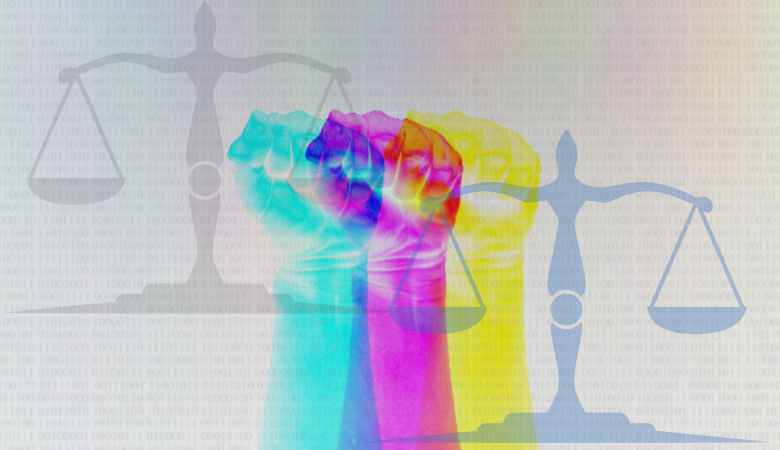 Avoiding the Trap of the Singular Data Story

Why we need a justice-oriented approach to data that centres an analysis of power relations.

This article examines author Chimamanda Ngozi Adichie's warning on the 'danger of a single story' in our data-driven world. It is a call to pay attention to the hidden assumptions behind quantitative, digital data.

It argues that while there is promise and power in using data to strengthen social justice movements, that is contingent on understanding and acknowledging the nuance behind data, and examining the power structures behind that data.

Pointing to the limitations of a rights-based approach to data, it argues for a justice-oriented way of working that centres a power analysis of actors involved in a particular ‘data ecosystem'.

In 2009, Nigerian author Chimamanda Ngozi Adichie spoke about the ‘danger of a single story’ subsuming the multiple overlapping stories that make up our lives, and the ways in which reliance on a single story to understand complex realities risks reducing people to single-identity lives or misunderstanding them entirely.

More than ten years later, we seem to be confronted with a related risk – the danger of a single story being told and strengthened through quantitative, digital data. In the past, I’ve written about the tendency to give greater credibility to stories that are told through digital data. This can have problematic consequences. During the Brexit referendum, for instance, precise numbers used in campaigning conveyed an unwarranted sense of certainty (a phenomenon known more generally as the “fallacy of false precision”).

Of course, there are instances where using digital data to tell a story has also been a valuable tool for advocacy and social justice groups, precisely because of the human tendency to give this type of story more weight. I used to teach data literacy and data visualization to journalists and advocacy groups, showing people how to take a messy spreadsheet and turn it into something that could be used to tell a story, or demonstrating how they could use off-the-shelf tools to turn a spreadsheet into a beautiful visualization. People were excited by these possibilities, and felt empowered to use data more often in their work. That was exactly our aim.

Looking back, though, I wonder if it was a mistake. While we impressed upon people how easily a single click could turn a spreadsheet into a chart, we didn’t pay as much attention to understanding and communicating the assumptions hidden within the data contained in that spreadsheet. Essentially, we helped people tell a single story, strengthened by data.

Since then, lots of people have written about the complexities hidden within quantitative data. In the recently published book, Data Feminism (2019), authors Catherine d’Ignazio and Lauren F. Klein go through the entire ‘data pipeline’, highlighting how every step in the process of creating data matters – from coming up with categories for data collection, to the assumptions baked into analyses of huge data sets, to how the data is used or visualized or understood to have social importance. They emphasize the problems that the use of data can create or embed if we do not pay attention to intersectionality, and suggest that intersectional feminism offers potential ways forward.

Like the authors of that book, I do believe that there is still promise and power in using data to strengthen social justice movements, despite the potential pitfalls. But the promise relies, in large part, on understanding and acknowledging the nuance behind data. Above all, this would prioritize examining the power structures behind that data, and taking active steps to either dismantle or explain them clearly.

But what does this mean in practice, for those of us working in social justice movements?

An Intersectional, Rights-Based Approach to Data

In 2014, The Engine Room – the non-profit organisation where I work – together with other partner organisations, founded the Responsible Data community. It was intended as a place to bring together siloed conversations about privacy, transparency, security, legal rights, ethics, data protection and more, under the umbrella of pushing for more ‘responsible data’ practices within advocacy and social change.

When I began working on responsible data, I thought of it as a rights-based approach to working with data – taking all human rights into consideration, not just the right to privacy, or the right to transparency from those holding political power.

There is still promise and power in using data to strengthen social justice movements, despite the potential pitfalls. But the promise relies, in large part, on understanding and acknowledging the nuance behind data and examining the power structures behind that data.

The focus of the community has been establishing and iterating best practices – using our shared knowledge and learnings to develop practical tools that people working in advocacy and social justice can use to do things differently. Given how fast this space moves, having peers working on related topics has been incredibly valuable, and having a space to share challenges and thoughts has proved to be a great way of getting inputs at early stages.

Going from theory or abstract challenges to practice, though, isn’t easy, especially within the messy world of social justice work. This is where we come up against power structures. Organizations often come with deeply embedded ways of working, with established practices and preferences for how to do things, and the urgency to deal with more pressing issues, rather thinking about data or information management.

Moving to a Justice-Oriented Way of Working, Centring Power

Sometimes, a ‘rights-based’ approach to data isn’t enough. As seen in the open data movement, assuming that openness in and of itself is enough, hasn’t worked. As starkly outlined in this piece, ‘Open is Cancelled’, “When the movement failed to understand structures of oppression and chose instead to emphasize individual solutions to collective challenges, it failed.”

We, therefore, need another approach that would take into account structural inequities in developing collective solutions. One that I, and others, keep coming back to, is a justice-centred way of working with data. Many are working on this issue in different ways: the Data Justice Lab in Cardiff, Sasha Costanza-Chock's new book, 'Design Justice: Community-Led Practices to Build the Worlds We Need' covers it from a design justice perspective, academics at the University of Manchester, and Linnet Taylor and the Global Data Justice Project, in addition to the 'Data Feminism' authors mentioned above, to name just a few. At least personally, I’m still figuring out what that means in practice for our work, but one first step that I keep coming back to is the importance of starting with a power analysis of actors involved in the particular ‘data ecosystem’ we’re talking about.

Though this might sound a little daunting, carrying this out for a particular sector doesn’t have to be that hard. There are lots of ways of doing a power mapping, but here’s a couple of steps to start things off:

To better understand what it means to exert power, consider this simple framework introduced in Srilatha Batiwala’s primer, 'All About Power', produced with CREA. In it, she defines power as the capacity of individuals or groups to decide or influence:

It can be hard to understand upfront how ‘data’ relates to these topics, and hence mapping power relationships outside of the data ecosystem could be useful. For example, when we were looking at responsible data practices within the agriculture sector, we found that the ways in which resources were controlled was a good proxy for how data was controlled. Big Agriculture exerted power over smallholder farmers not only by controlling their access to machinery, but also by collecting their data in ways that prevented farmers themselves from accessing their own data.

An analysis of power relations allows those working within an equity framework to refocus their energies on people and communities which have traditionally been at the margins, by centring the knowledge or data of those who often get ignored.

Starting with a power analysis might not necessarily change the ways in which data is used, but it will, hopefully, lead to greater transparency and accountability. Data is created within a particular situation, with certain cultural and societal assumptions baked into it – and understanding how power feeds into this is the clearest way of making those assumptions as explicit as possible.

Simply using data without questioning it risks telling a single story, reducing complex issues to a single perspective or approach. We need to be able to hold both realities at the same time – acknowledging that data can strengthen our work, and also that data holds within it a great many assumptions.

For me, evolving from a rights-based approach to a justice-based one seems like a necessary step towards acknowledging the historical, social and political context within which data is created and used. Otherwise, we risk upholding the very power structures we’re seeking to dismantle.

This article is part of our series titled Towards a Feminist Data Future. 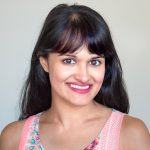 Zara Rahman is the Deputy Director at The Engine Room, an international non-profit organisation supporting civil society to use tech and data more strategically and responsibly. Her research has focused on supporting the responsible use of data and technology in advocacy and social justice, and interrogating the relationship of power and technology. She currently holds a non-resident fellowship with the Digital Civil Society Lab at Stanford University, and in the past was a Visiting Fellow with digitalHKS at the Harvard Kennedy School, and a fellow at the Data & Society Research Institute in New York City. She is also a regular contributor to Global Voices, where she writes about technology and digital rights in Bangladesh.