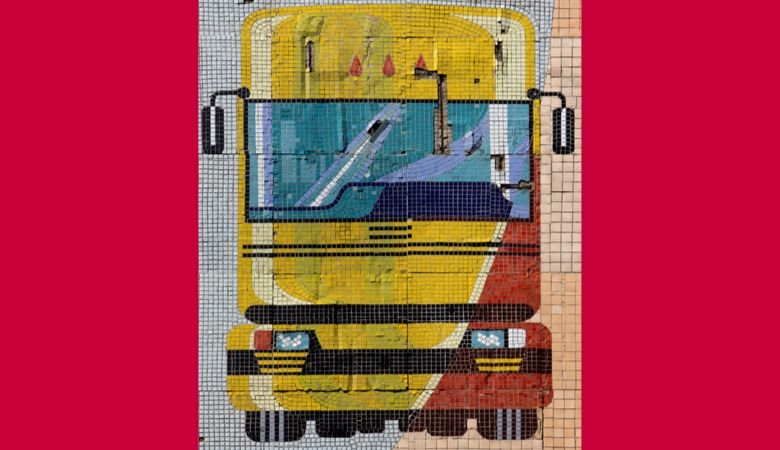 Beyond Breaking up Big Tech- Public Alternatives to Facebook

This interview follows our earlier conversation with Tim,  ‘Is Breaking up Big Tech Enough?’

Could you tell us about what Free Press does and how your work links to the increasing platformization of the media industry?

Tim: Free press is a US based not for profit that works on media equity and media justice issues in the country. What that really boils down to is fighting media consolidation. We have also been very involved in ensuring open and affordable access to the internet. This often takes the form of the fight for net neutrality, which we have spearheded in the US since 2005. We work on privacy issues as well.

Increasingly, we have been working on platform accountability, looking at the growing gatekeeping power of platform companies like Facebook, Google, Twitter and others. The idea is to see whether, through policy or other means, there are ways to make media platforms more accountable to public interest. We have about 1.5 million members whom we involve in complex policy discussions, so that they can then engage their members of Congress, write letters to the Federal Communications Commission (FCC), do local activism in their communities etc, to elevate the issue of media policy.

The reason why we created Free Press was because, historically in the US, and I expect it is true elsewhere, media and communications policy is usually written by members of industry in collusion with law makers. The public has traditionally been left out of that conversation, and as a result of that we have seen the consolidation of media power among very few companies in the US.

There used to be consolidation among the broadcast sector, but since we moved to the digital sphere, thiss is happening among internet service providers, and increasingly so among platform companies. There is a similar trend across all industries in communications, and we need to really organize to fight it and insert public interest principles in communications policy.

Media and communications policy is usually written by members of industry in collusion with law makers. The public has traditionally been left out of that conversation, and as a result of that we have seen the consolidation of media power among very few companies in the US.

What are the particular issues that we’re facing with digital media platforms?

Tim: We have been looking at the growing power of platform companies for a number of years and there has been a lot of thinking about how to address this power. For a time, companies like Facebook, Microsoft and Google were seen as allies to the public interest. Certainly, in our fight for net neutrality against phone and cable companies, we saw them as sort of arms length allies, until we recognized that their power itself presented a fundamental threat to democratic norms, to public interest.

That really came to a head for most people in the world last year, when the Cambridge Analytica revelations happened - the whistleblower came forth and revealed the extent to which, Facebook had given its data to a researcher, which then ended up in the wrong hands and was used, we belive, to influence the outcome of the US presidential elections in ways that were dishonest.

It was then that we started looking more deeply at the problem of platforms. After the Cambridge Analytica revelations, there has been a tendency in the US, among lawmakers as well as the NGO community, towards addressing the problem of Facebook. But often times the conversation is around trying to fix Facebook. As we looked at Facebook, and we examined the economic model that not only drives Facebook but the whole platform economy, we found that it isn’t really a problem that can be fixed.

There is an author by the name of Shoshana Zuboff who has written this great book called The Age of Surveillance Capitalism, describing the economic model that drives the platform economy as such.

Surveillance capitalism is based on the idea of offering a ‘free’ service, aggregating data about the users who use this service, and then analyzing this data so that you can predict when users are most likely to be in the mood to purchase an item; or in the mood to favor a certain candidate; or in the mood to do any sort of thing, online or offline.

As we looked at Facebook, and we examined the economic model that not only drives Facebook but the whole platform economy, we found that it isn’t really a problem that can be fixed.

Then you package that data and sell it to advertisers, That really is the holy grail of advertising. It’s to be able to place your product in front of someone who is most likely to buy it. Again, that’s not always just a commercial product, it could be a political product, it could even be a misiformation product. Platforms have perfected this. That is the essence of the model that drives this whole economy, and these multi billion dollar corporations that are now among the top in terms of market value - they are the wealthiest companies in the world.

It is an economic model that is fundamentally flawed, one that poses a fundamental threat to our democracies. As a result, we concluded that you have to go beyond fixing Facebook. Sure, there are efforts to try and break it up through antitrust policies or privacy regulations, which are all laudable. But you have to recognize that asking Facebook to change its economic model is like asking a tiger to loose it’s stripes.

But you have to recognize that asking Facebook to change its economic model is like asking a tiger to loose it’s stripes.

What are the proposals Free Press has in mind to tackle this economic model?

Tim: We believe the remedy is independent, local, non-commercial, investigative journalism that has been dying off over the last couple of decades. You need to create a funding mechanism to support this. Also, another remedy is to create a new, non-commercial distribution model that operates similarly to social media, which has become a very effective medium for spreading news and information. But it needs to be a non-commercial model that isn’t driven by surveillance capitalism.

So how do you get there? Our proposal is to tax the online advertising economy. This economy is dominated by Facebook and Google. They make up nearly 70% of all revenues. Every country can apply a similar tax because you can localize revenues by country.

If you were able to tax the online advertising economy in the US, which is expected to be about 200 billion dollars in 2019, a 2% tax could get you anywhere from two- three billion dollars in tax revenues. That would then go towards a public interest media endowment to support local non-commercial media, in addition to supporting the creation of non-commercial distribution pathways and platforms.

We wrote a paper, Beyond Fixing Facebook, in Feburary 2019 and are now making the rounds to spread the word about it. I think it is an important time to raise the point that perhaps Facebook is broken beyond repair. And we need an alternative.

In many ways, it’s an ambitious moonshot. But we need to think about where we want to be, not how we can steer Facebook in the direction we need it to go. A number of countries have already proposed similar taxes - Australia, Austria and the UK are all looking at digital services taxes that would dedicate a portion of that revenue to their local media systems. And there are other taxes under consideration in countries like Malaysia, South Korea and elsewhere.

An interesting thing that has happened with the advent of Facebook is that there has been an inversion of the advertising economy. And this year, 2019 is the first time that there is more money being spent on digital advertising than traditional advertising - print media, television and radio. The problem is, as I mentioned earlier is that nearly all of that money is going to Facebook and Google.

But they are not in the business of producing news. So you see this massive transfer of wealth away from traditional news outlets that had news groups, that had journalists on their payroll, to companies that don’t.

So the public interest media endowment that we draw from this excise tax would be a way to remedy that economic imbalance.

In terms of having non-commercial distribution models, how do you compete with a platform like Facebook, which has already captured the market to a large extent?

Tim: There have been efforts to create alternative social media networks. It’s a good question.I don’t have the answer to it.

I think that if you create a public interest media endowment that has the potential to raise two billion US dollars a year, and then distribute it into the non-commercial sector, you then have the financial security for the types of experimentation that would be necessary to find that alternative.

The problem we have in the US with our public broadcasting system, (PBS and NPR are well known affiliates of that), is that their audience is largely white, college educated, and upper middle class. Those are the people who write cheques to support public broadcasting.

But we’re not a nation of white, college educated, upper middle class people. So where is the public non-commercial media that’s serving the rest of us? The answer is, it’s non existent. There are areas of the US that are called news deserts, which means that they do not have local news outlets.

We’re not a nation of white, college educated, upper middle class people. So where is the public non-commercial media that’s serving the rest of us?

At the moment in the US, public interest media is funded by the corporation for public broadcasting. The corporation for public broadcasting in the US was created in 1967. It’s more than 50 years old andit was designed to support local public television and radio stations. Fast forward 50 years and we’re getting our news and information through other means, via digital media.

The corporation for public broadcasting only generates 450 million dollars a year. So the platform taxation proposal would bring about a nearly 5 fold increase of that funding bucket. It would be a significant boost, and it would allow for a more diverse distribution of those tax revenues.

This article is part of our Competition in the Digital Economy Series. 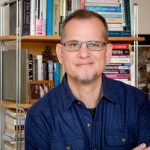 Timothy Karr is the Senior Director of Strategy and Communications at Free Press. Tim builds on the organization’s grassroots and policy work to promote universal access to open networks, defend acts of journalism and protect free speech everywhere. His criticism, analysis and reporting on the media and media policy have been featured in USA Today, The Guardian, Time, MSNBC, The Chicago Tribune, HuffPost, The Japan Times, The Jakarta Post, Al Ahram and dozens of other publications worldwide.