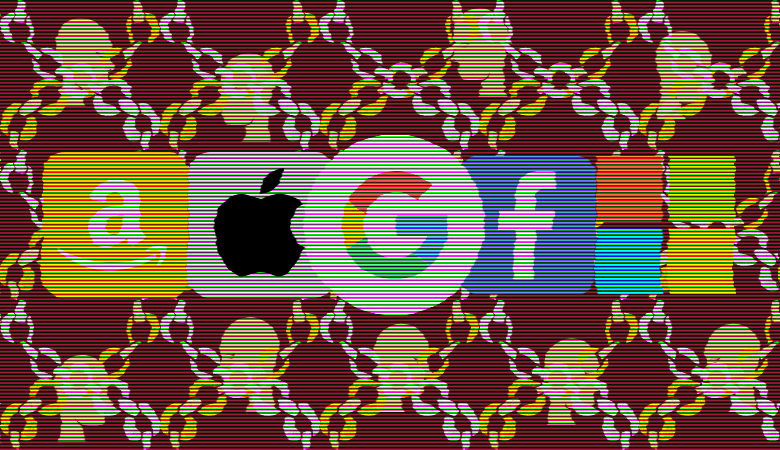 The Valley and the Virus

The Covid-19 crisis has allowed Big Tech to move away from the regulatory din that has surrounded it for some time.

The Covid-19 crisis has presented Silicon Valley and its counterparts around the world with a comeback opportunity if there was ever one.

But what we are witnessing in the current period is not a story of Big Tech’s reform and penance.

Instead, what we are seeing is likely only the tip of the iceberg of our totalizing dependence on powerful digital corporations.

The year 2019 was the year of ‘the first great big techlash’, when regulators actively started to push back against Big Tech’s eat-the-planet tendencies and launched antitrust investigations; when users demanded greater accountability from social media platforms on their arbitrary content governance standards; when a US presidential candidate based, in large part, a campaign agenda on breaking up Facebook; and when surveillance capitalism became an ubiquitous term to be thrown around in common parlance.

And then came the great sickness, which spread through all of the land and things took a different turn.

This is how one imagines that historians in the far future may recount the current period in tech policy.

Perhaps with a tad less flourish.

The Covid-19 crisis has presented Silicon Valley and its counterparts around the world with a comeback opportunity if there was ever one, a solid chance to re-craft the sullied rhetoric that has inconveniently seeped into a once celebratory narrative of innovation and positive disruption. Forget the no-holds-barred data extractivism, the rampant anti-competitive activities, the innumerable injustices meted out to platform workers. Turn your attention instead to the metagenomic sequencing tools advanced by the philanthropy wings of Facebook and Microsoft to track Covid infections in Vietnam and Cambodia; the 100,000 new workers Amazon has hired, along with wage hikes for its warehouse workers; Amazon Prime’s free streaming for children; and Alphabet’s support to the US government’s virus testing efforts .

As Steven Levy notes in his piece for the Wired, what we are witnessing is a “deus ex machina” where “while Big Tech’s misdeeds are still apparent, their actual deeds now matter more to us.”

The Covid-19 pandemic has unleashed an unprecedented global public health crisis. Systems and supply chains face brutal disruptions. The world finds itself shuttered down in a matter of days, with individuals and communities isolated and untethered indefinitely. Elected leaders across nations are confronted with the woeful inadequacies of the lean, mean neoliberal state apparatus they had worked so meticulously to achieve over the decades.

Whom do we turn to now, to keep the wheels of the world’s engine from coming to a screeching halt? To keep us working, buying, eating, and exercising? To keep us informed, connected, and even entertained as we hunker down and wait out the world’s biggest lockdown? Unsurprisingly, as all of us fumble our way towards a semblance of normalcy, we cannot help but grab with both hands the tools afforded by companies such as Amazon, Google, Netflix, Facebook, and now more and more Zoom, the remote video conferencing technology that has quickly becoming the breakout technology of the moment as millions begin to work from home.

The Covid-19 crisis has presented Silicon Valley and its counterparts around the world with a comeback opportunity, a solid chance to re-craft the sullied rhetoric that has inconveniently seeped into a once celebratory narrative of innovation and positive disruption.

But it doesn’t end there. Much like us, our governments are also looking to these companies for assistance in these difficult times. At the frontline of the Covid crisis, only a step behind the healthcare community, is where we find Big Tech. We watch as titans of industry such as Bill Gates, Mark Zuckerberg, and Jack Ma make reassuring promises to the global community – from generous acts of philanthropy targeted at small businesses, to ramping up production and delivery of crucial medical supplies such as masks and testing kits, to setting up an accelerator dedicated to R&D efforts for a vaccine. Even regional platforms such as Indonesia’s Gojek and India’s Zomato have committed to creating social finance funds to support their gig workers, merchants, and partners. To encourage contactless transactions, fintech platforms and startups have begun to offer free and discounted products and services.

The current global environment has made it possible for digital economy players to reshape themselves in a positive light and move away from the regulatory din that has surrounded them for some time. But more crucially, it has firmly reinforced their critical significance to the global economy. At the end of it all, their stranglehold over the world may be tighter than ever.

Consider the case of China, the first epicenter of the corona virus outbreak. Much like the way in which the 2003 SARS epidemic catalyzed the mass uptake of e-commerce in China, the Covid pandemic has catapulted the country’s super platforms such as DiDi, JD, Alibaba, and Tencent to greater heights. The demand for grocery and food delivery, telemedicine services, remote working tools, and online gaming skyrocketed in February when the outbreak was at its peak in the region. Indeed, the increased uptake platforms have seen during the lockdown could expand e-commerce sales in China to over 50 percent of all retail by the end of 2021, surpassing offline sales altogether in a couple of years.

It should come as no surprise that with global efforts aimed at flattening the curve, e-commerce and delivery platforms have made social distancing both possible and effective in dense urban pockets by negating the need for travel and community contact to a large extent. Which is why when India, the world’s second most populous nation, enforced a 21-day ‘complete lockdown’ on March 23, one of the first moves of the government was to categorize e-commerce as an essential service, covering popular food delivery and grocery e-tail platforms such as Zomato, Swiggy, and Big Basket, as well as general retail platforms such as Flipkart and Amazon. This was done with a view to minimize movement for essential purchases to the extent possible. The very next day, telecom companies had to petition the government to force VoD platforms such as Netflix, Amazon Prime, and Youtube to throttle their streaming quality from HD to SD to avoid unduly stressing bandwidth as Indians started staying home and binge watching content.

None of this is cause for celebration. What these developments point to is not a story of Big Tech’s reform and penance. Instead, what we are witnessing is likely only the tip of the iceberg of our totalizing dependence on powerful digital corporations.

For one, while the rest of the global economy freefalls at an alarming pace, large tech companies are still left standing, suffering only temporarily losses. Even as Wall Street’s tumbling fortunes have wiped out nearly $1.3 trillion of the wealth of the biggest tech companies – Apple, Microsoft, Amazon and Alphabet and Facebook – these companies are also the most cash rich and have the deepest pockets; attributes which will ensure they will triumph in an adverse economic climate where less resilient economic actors will collapse and bite the dust. In a scenario where even promising startups face acute challenges in the form of delayed and cancelled revenues, unmanageable burn rates, forced downsizing, and declining investor interest, a competitive technology market may very well become a fantasy tale, as most smaller players end up shutting down or distress selling to bigger actors in the ecosystem.

Other first mover companies will stand to profit as they capitalize on the new business propositions created by the outbreak. Remote collaboration freemium platforms such as Slack and Zoom have seen massive surges in user uptake in recent weeks. Zoom’s stock, in fact, has soared hitting a valuation of $29 billion, as everyone – from universities who had to abruptly cancel the semester and take courses online, to teenagers celebrating remote birthday parties – comes to rely on the platform to conference with multiple users. Health, wellness and teletherapy platforms are seeing increased demand as well and could define a watershed moment for the 'tech in health' phenomenon.

Besides, if the ill-prepared responses of governments around the world to the corona virus situation has made clear the searing repercussions of dismantling the public welfare state, it has also thrown light on a larger and more insidious truth – in large part, technology companies are now the new essential public utilities of our times. We will need to rely on them to keep doing our jobs, get from place to place, keep our supply chains functioning,access food and essentials, receive critical health updates and services, remain informed on critical matters, and perhaps fulfill that sentimental but thoroughly human need of connecting with others.

What we are witnessing is the emergence of a wholly private extra-institutional ecosystem, one that is vastly powerful and increasingly entrusted with determining the course of public interest through executive decisions. It is how we come to be in the present state of affairs – where ride-hailing platforms can abruptly halt services and choke the livelihoods of thousands of drivers, e-commerce platforms can unilaterally stop servicing merchants who sell non-essentials goods and unwittingly assassinate hundreds of small businesses, our public sphere can be overzealously censored by AI in the hunt for misinformation on Covid, and where even seemingly lifesaving remote conferencing technologies can exploit our need and mine data ceaselessly about our 'working' behavior.

What we are witnessing is the emergence of a wholly private extra-institutional ecosystem, one that is vastly powerful and increasingly entrusted with determining the course of public interest through executive decisions.

Of course, civil society and those engaged in the space of tech policy have continued to remain vigilant to these setbacks and have not ceded ground altogether. A notable instance of this has been how the heightened popularity of Zoom in recent times has also brought with it a renewed focus and sharp critique of its data privacy and security policies, including from significant quarters such as the New York Attorney General's office. Given the many concerns that were raised about its data practices, Zoom also recently took measures towards modifying its code to stop pushing data to Facebook. Such interventions will continue to remain necessary, even when an option to ‘opt out’ of the current technology paradigm and its apparatus doesn’t realistically exist.

As it goes with first mutinies, perhaps our nascent rebellions were always destined for failure. Historians would likely concur.

This article is part of a series on the coronavirus and its impact. 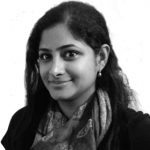 Deepti Bharthur is a Research Associate at IT for Change. She contributes to academic, action, and policy research in the areas of e-governance and digital citizenship, data economy, platforms and digital exclusions. She has also coordinated and co-developed design based digital interventions for gender training and leads fund-raising and grant development activities at the organization. She received her PhD in Media and Communication from Bowling Green State University in 2015, where her thesis work was on the policy architecture of rural connectivity in India.