Analyzing the use and regulation of social media platforms in India’s recent General Elections.

In Conversation with Amber Sinha

Amber Sinha is a Senior Policy Manager at the Centre for Internet and Society.

We spoke to him about the role that social media played in India’s 2019 general elections, which occurred over April and May earlier this year. 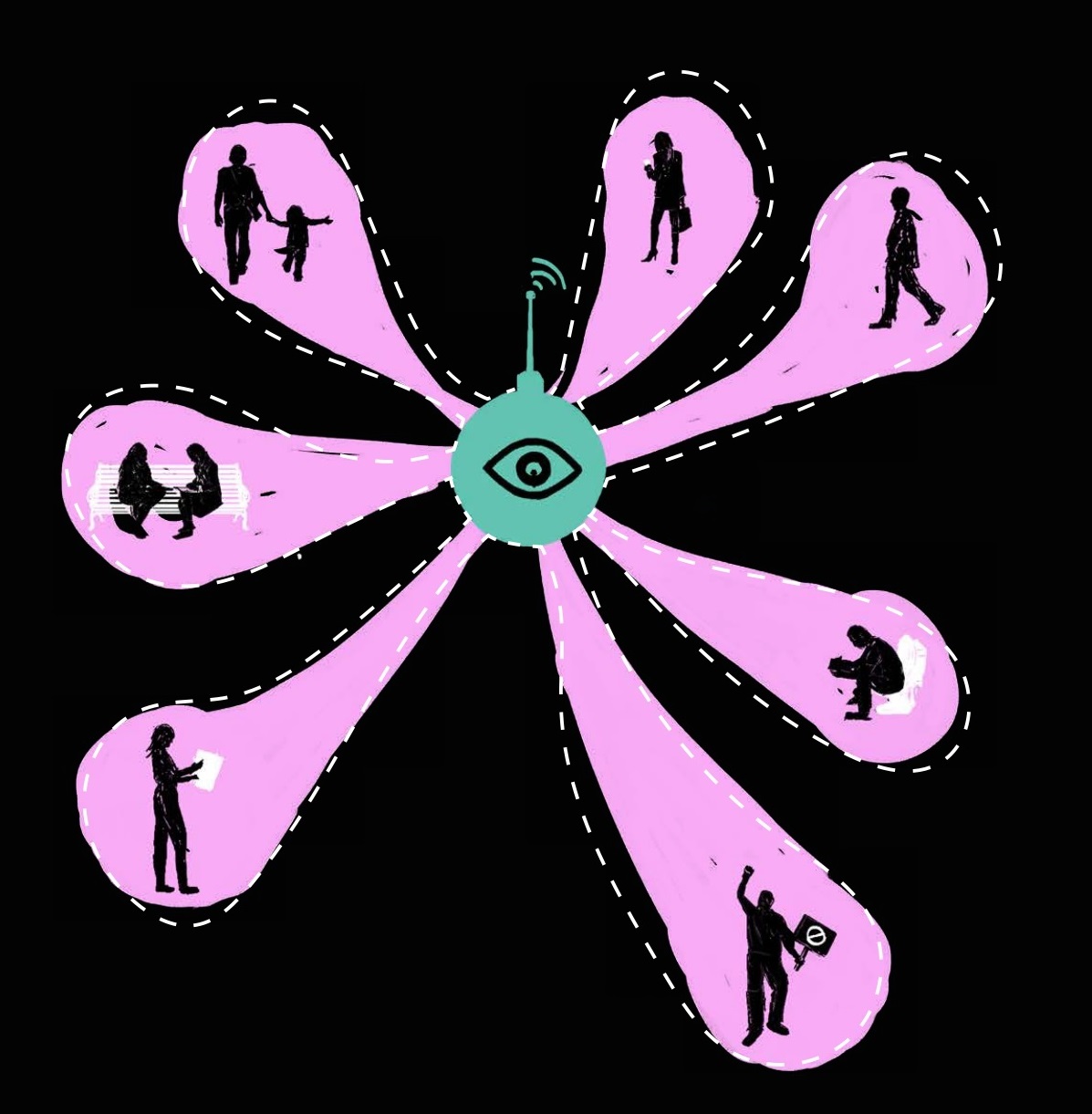 Q: Compared to 2014, how did political parties utilize social media platforms in India’s 2019 general elections? How has this shaped the electoral process?

Amber: During the 2014 elections, political parties focused more on using social media apps such as Facebook and Twitter. While the campaigns continued to use these platforms, their focus shifted to WhatsApp during the 2019 elections.

Their strategies became refined, as messaging campaigns were used to microtarget individuals during the 2019 elections.

Reports also suggest a greater use of traditional sources of data- such as electoral data from constituencies and voting booths, utilities data such as electricity bills etc. This facilitated a more granular campaign strategies through using social media and messaging apps.

While the tools that control behavior and interactions on Facebook are algorithmic, WhatsApp doesn’t offer any personalized algorithmic tailoring. Instead, unique norms and practices have emerged on the platform. Often, WhatsApp groups have their specific purposes, and violating that tacit or express purpose can be met with some backlash. And many times, there are explicit rules about what to share and not to share in these groups, with the admins of the group playing an active role in weeding out those who breach group rules. Individual members also police content they feel does not belong in that group.

This specific aspect of WhatsApp groups may be reminiscent of tightly monitored forum discussions in the first decade of the Web. Therefore, on a personal group, ‘good morning’ messages, jokes or entertaining forwards may be kosher, but messages against the political persuasion of the group may be unwelcome.

Additionally, messages and forwards that are sent to one group do not necessarily find easy mobility to other groups. People are acutely conscious of which messages belong in which groups.

Unlike Facebook, which is now more and more a broadcasting medium where you can easily reach a large audience, on WhatsApp ,you have much less control and visibility around the spread of information, as you can only see what is happening on your groups. Therefore, while messages do go viral on WhatsApp, it is much harder to monitor their virality.

What it does help achieve, as research from the BBC has pointed out, is ‘homiphily’- the drawing together of people in tight networks of like-mindedness. It is this aspect of WhatsApp which makes it easier to mobilize. Therefore, while WhatsApp is not the ideal medium for easy spreading of information over large regions, it can mobilize people in the same group more quickly.

What it does help achieve, as research from the BBC has pointed out, is ‘homiphily’- the drawing together of people in tight networks of like-mindedness.

It is not as if the former is impossible or not being done, but that requires organized and coordinated effort across the cadre of a large political party. On the other hand, using WhatsApp to spread rumors that prey on community prejudices, and lead to the transformation of local sentiments into violence, is achieved in surprisingly easy ways.

Q: Looking at the contentions around intermediary liability, could you comment on the effectiveness of the Election Commission of India’s (ECI) ‘Voluntary Code of Ethics for General Lok Sabha Elections’?

Amber: The ECI invited several internet companies including Google, Facebook and ShareChat, to participate in the creation of a Voluntary Code of Ethics for the General Elections 2019, in March 2019. Recognizing the increasing impact that the use of social media was having in electoral processes, the stated purpose of the Code was “to identify measures to put in place to increase confidence in the electoral process.” The companies engaged in this process under the leadership of the Internet and Mobile Association of India (IMAI) and presented the Code to the ECI on March 20, 2019 (roughly a little more than a month before the voting period commenced).

The ECI’s Model Code of Conduct (MCC) only regulates the conduct of political parties and candidates, but does not cover other stakeholders in the electoral process.

The ECI’s Model Code of Conduct (MCC) only regulates the conduct of political parties and candidates, but does not cover other stakeholders in the electoral process.

In the same manner as has been the case with newspaper and radio advertisements, parties were now required to disclose expenditure accounts for social media advertisement.

This would be done by allowing advertisers to submit pre-certificates issued by the ECI and the Media Certification and Monitoring Committee (MCMC) in relation to election advertisements that feature names of political parties or candidates for the upcoming elections. The candidates were also required to submit details of their social media accounts at the time of filing nominations.

Other commitments under the MCC included having direct channels of communication between the companies and the ECI to facilitate speedy resolution of any complaints. Candidates and parties have to now declare expenditure on social media, making it part of the overall spending limit.

But neither the ECI nor the Representation of Peoples Act specifies a definition of the term “political advertising.” Largely, the various Internet platforms were left to individually define how they interpreted the term.

The new ECI guidelines mandate the disclosure of expenditure on social media advertisements by political parties and candidates, they do not amply cover the ads that are purchased by non-members.

Although the new ECI guidelines mandate the disclosure of expenditure on social media advertisements by political parties and candidates, they do not amply cover the ads that are purchased by non-members.

These include ‘supporters’, or ‘well-wishers’ of the party who cannot directly be linked to either the party or the candidate.

The MCC and the Voluntary Code do not regulate this area adequately, and the platforms themselves have stepped in to fill this lacuna using their company policies – by requiring paid ads to carry disclaimers; taking down ads that should carry these disclaimers but do not, maintaining public archives of these ads and the expenditure incurred by the purchaser; and so forth.

Q: And finally, in what ways does social media usage by political actors enhance/ challenge democracy at large? Could you share some examples (focusing on the recent elections)?

Amber: Social media facilitates the emergence of a diffused and amorphous machinery which is involved in the creation and dissemination of extreme speech online. Aside from candidates, political party cadres and karyakartas (political party workers), there are now a team of floating volunteers who are only indirectly connected with a campaign, but play the role of actively mobilizing voters.

Research shows that as opposed to the direct leadership effect of Narendra Modi, it was his ability to attract vote mobilizers in large quantities that won him and the BJP such support. Vote mobilizers are traditionally individuals whose support for a particular party goes beyond simple voting, and instead involves monetary donations, door-to-door canvassing, leaflet/poster distribution and so on. In both 2014, as well as in 2019, the significant role of vote mobilizers has been that of stirring up support on social media. A Centre for the Study of Developing Societies (CSDS) survey showed that in the 2014 elections, only 19 percent of BJP’s vote mobilizers were party members.

Research shows that as opposed to the direct leadership effect of Narendra Modi, it was his ability to attract vote mobilizers in large quantities that won him and the BJP such support.

Sahana Udupa’s ethnographic study of actors who function as vote mobilizers explores a few distinct types. One of the categories discussed is the ‘techie turned ideologue’, which primarily refers to technically trained, English speaking and social media adept volunteers. They do not take any money from the party and are supposed to be doing this work out of ‘passion’.

Then there are monetized actors who build online pages, often appealing to Hindutva actors, alongside those who attack Hindu Nationalism. The primary motivation for these actors is to make money by building an online following which could later be monetized through advertisements. Then there are actors whose ideology and business interests align. Udupa gives the example of an ardent Modi supporter whose “digital influence work for a local BJP leader started because of sheer compulsion of gaining the first contract for his just launched digital media company.” Often this leads to not just direct business opportunities, but also access to powerful people in the party and government.

Neither the law, nor the Election Commission of India was in a position to regulate the funding and campaign activities of such actors in the 2019 General Elections. At this point, there are no existing forms of regulations that address this kind of diffused behavior. 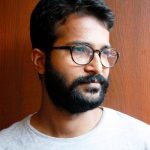 Amber is a lawyer, and works as a Senior Programme Manager at the Center
for Internet and Society. He works on issues surrounding privacy, big data, and cyber security. Amber is interested in the impact of emerging technologies like artificial intelligence and learning algorithms on existing legal frameworks, and how they need to evolve in response.