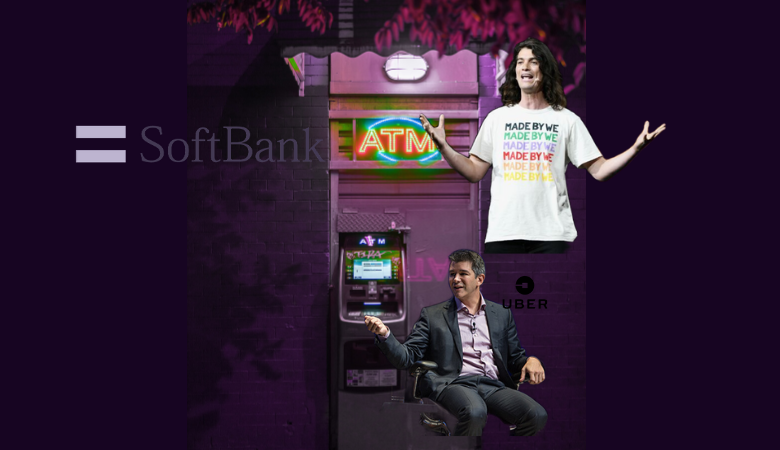 What Silicon Valley's IPO misfires have to say about the lawless regime of private finance.

There are two things Silicon Valley tech prodigies like WeWork and Uber seem to have in common—exorbitant valuations and mounting losses. In large part, they remain propped up by private finance.

In this, the market logic of private tech corporations departs from the traditional logic of public markets where success is linked to profitability. The growth of Big Tech firms persists with a maniacal push for expansion.

This article argues that the current situation is reminiscent of the dot-com bubble and regulators need to urgently pay attention to the fiancialization of the transnational tech terrain.

From a much hyped and overpriced planned initial public offering last year, the WeWork saga quickly descended into a series of explosive (and rather embarrassing) scandals. These included the departure of co-founder and chief executive officer Adam Neumann, the withdrawal of its IPO filing, and an inquiry by the US Security and Exchange Commission for possible violation of financial rules. And yet, in keeping with Wall Street’s legacy of rewarding corrupt corporate leaders, the SoftBank rescue package has turned out to be ridiculously profitable for Neumann, earning him over a billion dollars, even as the new management terminates the contracts of 2,000 permanent employees.

This is rather unsurprising. Once celebrated for his entrepreneurial flair, Neumann has been only symbolically villainized for his excesses. His extravagant lifestyle, which included a $60 million Gulfstream jet, a $100,000 Maybach, and an ice bath office spa, have been widely reported. Just as the Uber scandals were placed solely at Travis Kalanick’s doorstep, Silicon Valley ostensibly finds convenient scapegoats in these glossy, caricatured men, while simultaneously rewarding them for the failures they engineer.

The likes of Neumann and Kalanick aren’t exceptions to the otherwise good-hearted, boy-next-door Silicon Valley execs. Rather, they’re emblematic of an industry that thrives on extravagant promises and even more extravagant losses, topped with extensive governance loopholes. Uber’s business practices have barely changed post the change in the company's leadership. Yet, as Hubert Horan points out, the obsessive focus on personality cults, exemplified in Mike Isaac’s book ‘Star Pumped: The Battle for Uber’, reflects a tendency to individualize the failures of an industry that is structurally flawed.

Why exactly is this trend problematic, and how does it affect the economy at large?

For starters, all Silicon Valley prodigies have two things in common—exorbitant valuations and mounting losses. Following SoftBank’s investment, WeWork’s valuation skyrocketed to $47 billion from $17 billion. Yet the company’s escalating losses paint a different picture. In 2017, WeWork lost $890 million, in 2018 it lost over $1.6 billion, and in the first two quarters of 2019, the company recorded losses worth $1.37 billion. Currently, WeWork is worth less than $5 billion. Similarly, Uber lost $1.8 billion and Lyft $911 million in 2018.

The growth of Big Tech firms persists with a maniacal push for expansion. The message seems to be - monopolize the global market first, and you may never need to worry about profits.

The story isn’t very different in developing economies like India. As Ananya Bhattacharya points out, the entry of Asian funders like SoftBank, AntFinancial, Tencent and Baidu has fueled the rise of loss-making tech companies in the region. For instance, the combined losses of the digital wallet Paytm and the e-commerce platform Paytm Mall stood at $45 million in March 18. The losses of its parent company doubled in the subsequent year, although Paytm Mall's losses contracted.

Regardless of what plays out in the land of venture capital, the past year has demonstrated that public markets aren’t as forgiving. If Uber and Lyft’s stock market performances are anything to go by, shareholders are increasingly demanding accountability. With no clear path to profitability, Uber’s stock market valuation fell by around 30 percent last year post its IPO, and Lyft has fallen by over 70 percent. Like WeWork, the Endeavor Group, an $8 billion unicorn, has canceled its IPO, and Paytm isn’t planning on going public anytime soon.

Ironically, both Kalanick and Neumann were attempting to consolidate control over their companies and override the voting power of investors and public shareholders alike. As Leslie Berlin notes in her review of Isaac’s ‘Super Pumped’, Kalanick and his allies controlled the  majority of Uber’s “supervoting shares” which had more votes per share than most common stock. In a similar vein, Neumann tried to give himself enormous control over WeWork ahead of the impending IPO. Amiyatosh Purnanandam notes how Neumann deployed a multiple class structure, according his shares 20 times higher voting rights as compared to shares offered in public markets. Both instances are indicative of private powers subverting public scrutiny.

This narrative of growth at all costs is built on the promise of monopolization. Consider the successes of tech giants like Facebook, Google and Amazon. Tech and entrepreneurial forums are filled with titles such as 'Be a Boss like Bezos and Musk: 5 Reasons Losing Money Can Lead to Billionaire Success'.

Albeit a failure, Neumann’s attempt to undercut the voting rights of public shareholders is reflective of an eerie trend - the power nexus between private equity and big tech monopolies. The market logic of private tech corporations departs from the traditional logic of public markets where the measure of success is linked to profitability. The growth of big tech firms persists with a maniacal push for expansion. The message seems to be - monopolize the global market first, and you may never need to worry about profits. Built on the premise of data consolidation and network effects, and delivered via the deep pockets of unchecked private funding, Facebook, Google and Amazon have captured markets across the globe. And across the globe, they are under the scanner for harmful anti-competitive practices.

The very foundation of the current digital economy is, thus, built on a lawless regime of private finance. This is reminiscent of the dot-com bubble. According to the Financial Times, the last time more than 80 percent of American companies going public were loss-making was in 2000, the beginning of the dot-com crash. Since then, 2019 has witnessed the least profitable initial public offerings.

The very foundation of the current digital economy is, thus, built on a lawless regime of private finance. This is reminiscent of the dot-com bubble.

The dominance of loss-making tech giants riding on private equity also has far-reaching effects on the economy and the tech landscape. Quoting KPMG’s Ankur Nigam, Bhattacharya explains how this phenomenon adversely impacts the overall startup ecosystem, “Now that you’ve taken an $800 million bet or a $2 billion bet, you’re not going to suddenly shut the tap off. Because of significant follow-on rounds required for large companies, there is a direct and negative impact on money being poured into the small and new ventures. They’re not getting funded.”

Running on venture capital and private equity, this speculative bubble takes away investment from the productive economy. As investor Rob Arnott points out, we need to be wary of a repeat of the dotcom crash. Instead of individualizing the failures of inflated big tech ventures, regulators must interrogate and govern the financialization of the transnational tech terrain. 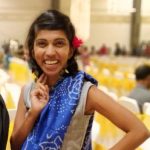 Ira’s research has focused on analyzing the impact of the digital economy on labor. She is interested in examining the intersection of digital platforms, political participation, and resistance.
Ira has previously worked as a Research Fellow with Tandem Research in Goa, and has also assisted Aruna Roy’s work in the sphere of participatory democracy and public policy. When she is happy, she writes poetry and short stories.