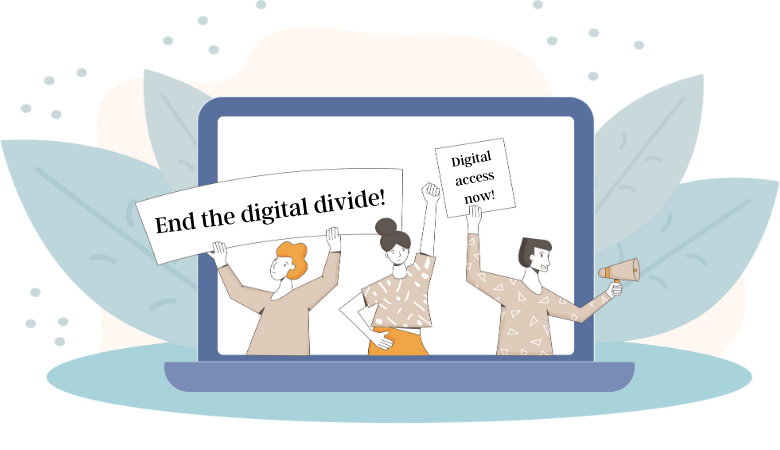 Amplifying Next Generation Voices for Human Rights in the Global South

Bridging the digital divide and making the cyberspace accessible to young people everywhere is necessary to help them build a better future.

Even as the internet has become a basic necessity, global inequity continues to be exacerbated by the digital divide, particularly in countries from the Global South that are already reeling due to limited access to basic necessities.

The pandemic has made the ill-effects of the digital divide apparent. Young people have been unable to access education and other basic necessities because of the dependence on the digital. This divide has been furthered by a highly anglicized cyberspace.

Using examples from Good of All's important work with young people online, this article explores ways in which the digital divide can be bridged by making the cyberspace accessible, educational and safe for young people everywhere.

As you read this article online, think about the number of devices at your disposal that are capable of accessing the internet. You may be reading this on a cellphone, tablet or desktop computer. You may be using your phone’s data or Wi-Fi. Many of us take for granted the ability to instantly access to the greatest repository of information humankind has ever known. But for a third of the world’s population, the vast resources of the internet are not within reach. This accessibility gap has never been as acutely felt as during the Covid-19 pandemic, when the outside world came to a grinding halt and the internet became the only avenue for remote education and work.

As the virus spread across cities, it unearthed and amplified underlying inequities. The fallout was the most severe for Global South countries, already reeling due to limited access to basic necessities such as healthcare, clean water, and sanitation services. These services were further strained during the pandemic and the shortage of personal protective equipment (PPE) put frontline workers at great risk of contracting the virus. As countries went into voluntary and involuntary lockdowns, and offices and schools shut down in the early months of the pandemic, remote work and education became the ‘new normal’, available only to the few who could access the internet.

When this pandemic began, Good of All was fortunate to have been largely operating online already. We are a Washington D.C.-based non-profit established in 2009 to promote the universal rights principles enshrined in the Universal Declaration of Human Rights. We witnessed with heavy hearts as the pandemic deepened the existing inequalities around us – inequalities that pose an ongoing threat to the basic human rights guaranteed by the United Nations’ Universal Declaration of Human Rights (UDHR). This includes the use of the internet for both economic and educational purposes.

With online forms of education becoming more critical than ever, our efforts to tackle the digital divide had to be redoubled. At Good of All, this is something we have been engaged in well before the pandemic. The organization was founded with the understanding that young people are the best hope for a future centered on respect for human rights. Our main educational strategy has always been to meet young people exactly where they live their lives: online. We are committed to training and empowering the following generations' voices for human rights principles. In this spirit, the organization partners with universities around the world to train students as online ambassadors for universal rights. Among other things, Good of All has launched the Human Rights Network (HRN) YouTube channel to disseminate videos that spread awareness about real-world examples of human rights abuses created and curated by students we work with. The videos seek to educate and entertain, draw examples from blockbusters movies, popular TV shows, and video games to highlight universal human rights principles, and are aimed at audiences of all ages. Popular movies are powerful storytellers and we learned that deep and complex human rights lessons are often interwoven into them. Based on this understanding, we have explored several themes including women’s rights, privacy, and racial justice.

Most recently, amidst the pandemic, we launched an initiative in partnership with the University of Costa Rica (Universidad de Costa Rica or UCR) to digitally amplify next generation voices in the Global South advocating for human rights. The project takes advantage of the opportunities accorded by the digital age to democratize and amplify education. It trains students as online ambassadors for human rights, allows them to weigh in on debates on current events, and empowers them to be peer educators through the HRN en Español YouTube channel. Costa Rica was selected to be academic base for the project because the country is among the most steadfast in Latin America in upholding and protecting the human rights of its citizens. In addition, UCR is one of the top universities in Latin America, attracting the best students from Costa Rica and other Spanish-speaking countries.

Though digital education has the potential to expand access, the online world is vastly unequal, including linguistically. Cyberspace is dominated by English, leaving those that speak other languages with far less content to consume.

Though digital education has the potential to expand access, the online world is vastly unequal, including linguistically. Cyberspace is dominated by English, leaving those that speak other languages with far less content to consume. HRN en Español helps counter this in a small way by providing a platform for Spanish-language content that sheds light on issues specifically affecting the Global South. This largely takes the form of pop culture reviews. For instance, a student recently reviewed the movie 500 Anos which “exposes a world of brutality, entrenched racism and impunity that challenges the historical narrative of Guatemala”.

The students participating in the Good of All project at UCR are producing videos in both English and Spanish, thereby increasing the reach of the organization’s message. This digital human rights ambassador initiative covers a diverse selection of universal rights topics and themes in order to appeal to a wide audience. An excellent review of the 2019 Academy Award winner Little Women draws connections between the female heroines’ struggle for self-determination and fulfillment to the basic rights to equal pay and education as guaranteed by the UDHR. Although Little Women takes place in the 1860s United States, parallels can easily be drawn with other regions and contemporary times, with gender-based rights continually under attack.

The digital human rights ambassadors at UCR have also harnessed the educational potential of cinematic masterpieces such as the Orson Welles’ classic Citizen Kane. Perhaps more relevant to global media and politics than ever before, the storyline of Citizen Kane centers on themes of media manipulation to serve the interests of the wealthiest 1 percent at the expense of the truth and the majority of the population. Seen through the lens of the UDHR, the movie highlights the importance of fundamental rights such as the freedom of expression and the freedom of the press.

Some of the educational videos on the Human Rights Network YouTube channel are also directed at a much younger audience. Good of All reviews many Disney movies in an effort to connect with younger viewers and those who grew up with and are interested in the classics. For example, a student content creator at UCR recently examined the 2002 animated science fiction film Lilo and Stitch for insights on human rights issues such as discrimination, denial of due process, abuse and amnesty for refugees. For those unfamiliar with the story, Stitch is an alien fleeing persecution from the government on his home planet. He ends up in Hawaii, learns the local customs and becomes part of a human family while evading capture. While drawing an online audience through a review of a light-hearted Disney animated film, this student content creator nonetheless delivers a crucial message. Through the lens of Stich’s emotional integration into life on Earth, the student producer of this video reminds us all that those fleeing oppressive regimes are still entitled to fundamental human rights and the protection of the law as refugees.

Students are able to use these films to speak about human rights issues in ways that are relatable. For instance, the Lilo & Stitch review shows us a tender moment when Stitch, an alien sent to Earth, watches as his adopted family plays at the beach, laughingly burying Lilo – his human child friend – in the sand. As Stitch watches longingly from a distance, he proceeds to quietly bury himself in sand to feel like he is a part of the group. The narration explains that this scene is symoblic of how migrants might feel consistently alienated when they move to a new place.

The internet itself is an unequal place, but this inequality can be slowly overcome as marginalized voices take up more (cyber)space.

Bringing attention to human rights abuses exacerbated by the pandemic is the first step toward ending them. The videos curated by our student ambassadors on the Human Rights Network channel speak to a wide range of pressing human rights issues in both English and Spanish. Latin American students have much to say in this regard – but inequalities in both the analog and the digital realm (many of which have been exacerbated by the pandemic) mean that these voices are not always heard. This initiative with UCR enables Good of All to amplify the crucial ideas and voices of Latin American students online. Our hope for a better future lies in the hands of young people, and we hope that the internet will be one of the major tools they use to build this future. The internet itself is an unequal place, but this inequality can be slowly overcome as marginalized voices take up more (cyber)space. 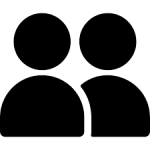 Matthew Daniels, JD, PhD, is the Founder of Good of All, an international human rights education organization and Creator of www.universalrights.com.