Can We Control The Digital Revolution?

The political geography of the world is shaping the various challegnes around equity and sustainablity countries face at the national level.

The international battle for autonomy and equality, on the other hand, is increasingly being fought at the trade frontier.

For countries in the global south, the pathways for digital industrialization are likely to be shaped by tade contenstations between the US and Chinal. 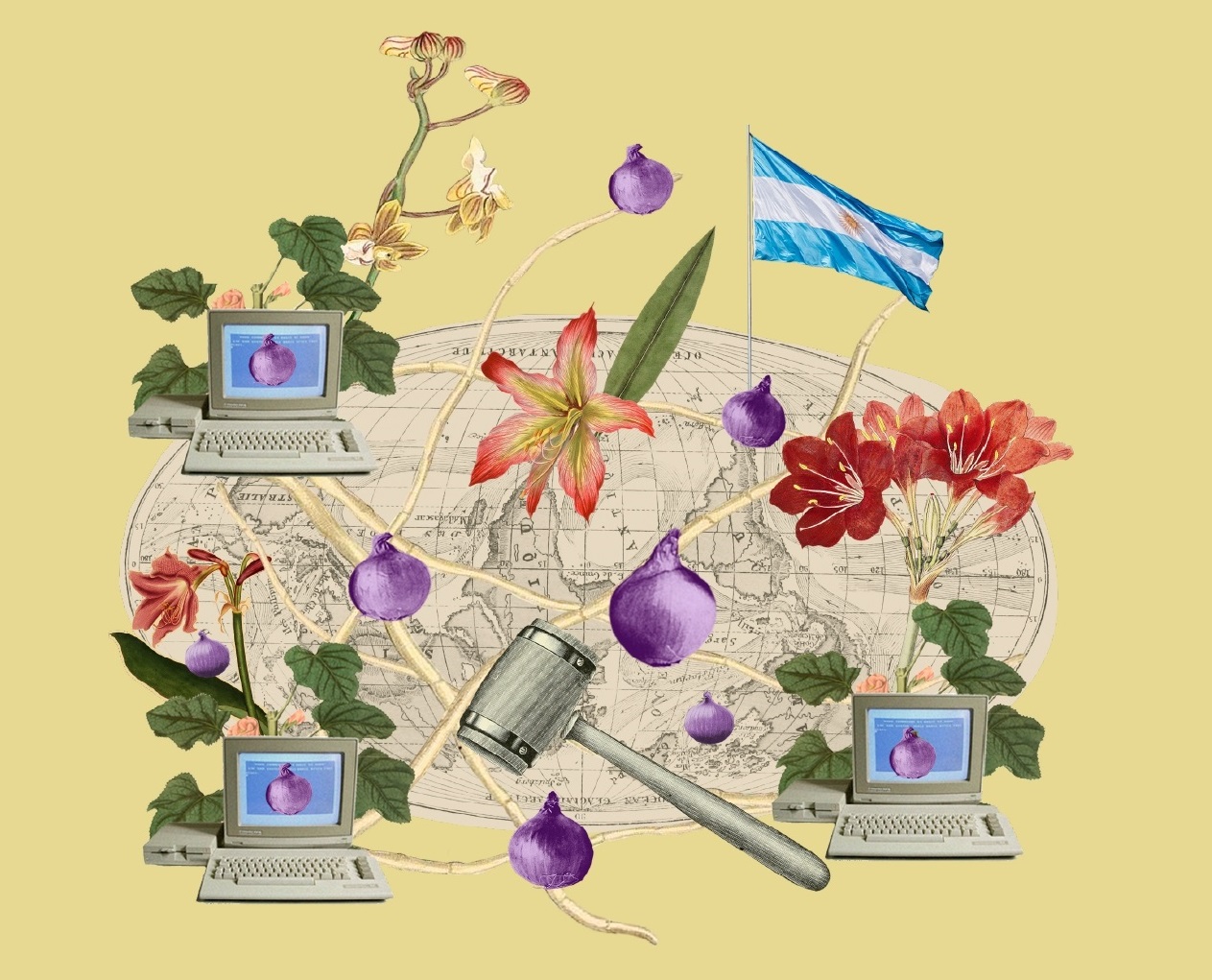 Feeding the Beast- how sustainable is the current trajectory of digitization?

To understand the challenge the digital revolution poses to humanity, and hence to left and progressive actors, we must situate it in the wider political horizon of the current crisis of civilization.

We must understand that we have finally reached the limits of growth. Western societies are responsible for the existence of the industry-cum-consumer model, which is destroying the very basis of human existence on this planet. And this model is spreading, increasingly replicated across the globe, especially in South, South-East and East Asia. This ‘imperial mode of living’ is changing the earth into a ‘hothouse’ (Stockholm Resilience Centre). Building space-crafts and shipping off to another planet isn’t going to save us. If we can’t survive on stable mother earth, we surely can’t survive on an unfamiliar planet.

First, it enables a higher degree of labor exploitation, both in their intellectual and emotional work, as well as the surveillance and control of their bodies. With the insertion of trackers in the clothes of workers, and increasingly so in their bodies, enterprises can control worker movements in real time. For instance, the management based in Paris can potentially follow the arm of the workers on their shop floors in Guangdong.

The management based in Paris can potentially follow the arm of the workers on their shop floors in Guangdong.

Second, this regulation of workers’ bodies is accompanied by the real time monitoring of manufacturing parts along the whole value chain, through the insertion of RFID chips. The surveillance of workers combined with the attribution of every manufactured good to each worker, creates the perfect individualized system for quality control.

And finally, control over the internet has translated into the power to quell organized resistance by workers. Developed within the US military system, the internet was structured to secure communication means in times of war. By autonomously searching for functioning lines of communication, the system (constructed as a multi-knot web) could survive a nuclear strike.

Similarly, capitalism is progressively organized in networks of production facilities. So when workers strike in one corner of the world, AI applications can allow for the automatic rearranging of international production value chains, thus rendering local worker movements of resistance potentially futile.

The digitalization of our societies is leading to a massive increase in energy demand worldwide, as the digital revolution has dramatically enhanced the need for raw materials.

We can thus expect to see further extractivism in the global south. The challenge here is that raw materials used on chips can’t be recycled in a sufficiently effective way. And longer value chains mean more transport around the world.

In the global north, industry 4.0 is enabling the centralization of productive assets. The global south, however, faces the threat of premature deindustrialization. A very alarming example is the impending death of the garment sector due to use of AI robots. Across the globe, labor power is increasingly under threat.

Countries in the global south must be careful not to fall into the trap of the latest generation of trade agreements promoted by advanced capitalist economies. Trade agreements are no longer about the toll you pay at the border while exporting goods to another country. Rather, their focus is on ‘deep integration’,which is as much about trade, as it is about influencing economic management and public policy, with potential constitutional implications.

To ease the confluence of norms between the different nation states and their varying policy processes, ‘regulatory cooperation’ committees were set up last year.

In theory, these are constituted by representatives from civil society and state administrations of the participating countries. In reality, only the capitalist/industry representatives and state functionaries lobbying for neoliberal policies are involved in the regulatory process. Only after a compromise between these groups is achieved, are national governments presented with draft regulations. The regulatory cooperation mechanism essentially functions as a ‘parliament of capitalists’.

So how are these trade agreements, foregrounded on new global rules, linked to the digital revolution? Over the last few years, transnational corporations (TNCs), IT firms and platforms are working on the development of AI systems, focusing on different ways to harvest data. But, just like the farmer can harvest anything from her fields, she must have access to crucial agricultural resources -- land, seeds, and the means for agricultural production, the TNCs must have access to their chief economic resource – data.

And so, they want permanent access to ‘data fields’ from every nation around the world. Here, Free Trade Agreements play a critical role as they govern the internal structures of national data-ecologies. FTAs, at least in the versions TNCsc propose, would regulate how data is produced, harvested, processed and at the end, exported. In many ways, the vision of big tech companies from the US and China mimics the colonial model of the 19th century. In affording foreign IT firms the right to gather, process and export all data in real-time from all around the world, countries forfeit their right to data ownership.

The two opponents in the newest capitalist game are China and the US. Although they dominate the field, there are strong differences between the abilities of these two nations. While China has advanced rapidly, it still lacks the worldwide reach of American firms. Therefore, China remains inclined to the state-led economic model, in sharp contrast to the US. Currently, the most controversial topic between the two powers is the question of whether states can force enterprises to use national servers, or not.

Three different fields of controversy are visible: the first one is the direct negotiation between the US and China. The second one is the attempt of a global group of 76 countries, aiming to establish an international agreement on e-commerce. This group came together in Davos, over the spring of 2019. While the group’s symbolic power is rather strong, its real political implications are unclear as China and the US are both participating with clearly divergent interests.

The third group is a ‘zombie’: the Triad. This group consists of the US, Japan and the EU and had its heydays in the Fordist days of the 1970s and 1980s. For some decades, only researches of Marxist-inspired international political economy used this word. But as zombies often do, this group also returned to daylight at the last WTO ministerial in Buenos Aires in December 2017, with a common statement. In their statement, the Triad made it clear that their strategic main opponent is China.

Indirectly, they also attacked the other developing nations by declaring that they would work against market-distorting subsidies, state owned enterprises, forced technology transfer, local content requirements and preferences

The world market is thus currently the battle field between the global leader in IT and data economy (US), and its sole adversary (China). And the 76 countries from Davos, managed by the Quartet (Triad plus China) is against the progressive Third World, led intellectually by African governments.

The tremendous possibilities AI offers, make any hope to stop it futile. The challenge, therefore, is to control it. It is always us, society, which determines our future, even as capitalist relations can appear to be stronger than our collective will. Nationally, we must put pressure on our governments to abstain from any FTAs in the data-economy. This is especially relevant for countries of the global south. Our data belong to us, so the minimum we need is for our data to be stored on servers in our country.

It is always us, society, which determines our future, even as capitalist relations can appear to be stronger than our collective will.

In olden times, we would have said, that we need ‘cadre-politics’. Today, we need data-economy experts in our midst. The trade unions, must be able to read, develop and control the scripts which drive the machines/robots.

On the international level, we need a strengthening of progressive alliances in order to stop FTAs. We need to gather and exchange positive alternatives of how we can use the new technologies in public interest =. We must especially think of how people’s sovereignty can be strengthened. Last, but not least: we need space for popular learning, where we can gain emancipatory and popularized knowledge on the latest technological developments. 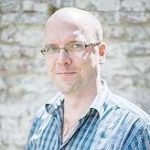 Roland is a political scientist and works for TRANSFORM! Europe, the political foundation of the European Left Party. Previously, he has worked for some years for Rosa Luxemburg Stiftung in Brussels, after having finished his PhD on Hindu Nationalism in India. He is coordinating the working group on “productive transformation”, which focuses on the socio-ecological reconstruction of the European economies. The topics they deal with are environmental and energy policies, monetary policies of the Eurozone, industrial, regional and international trade policies.