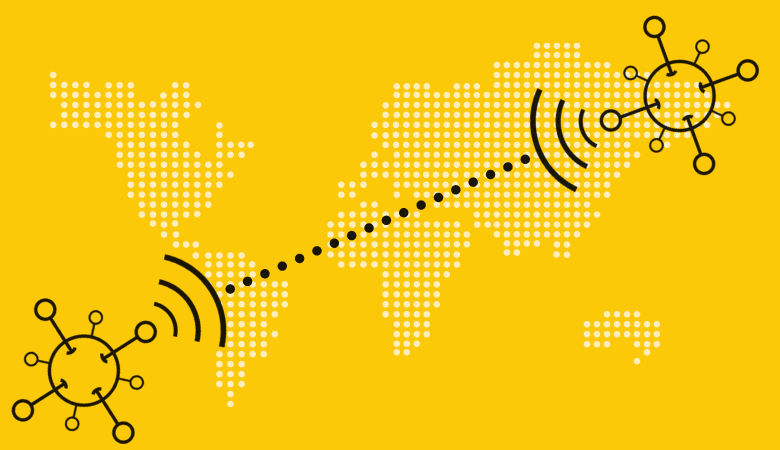 The Exception Cannot Be Made the Norm

The Covid-19 pandemic has exposed and widened existing socioeconomic and political fault lines, it is time we address them.

The Covid-19 pandemic has highlighted the  deep-seated socioeconomic and political issues  begotten by neoliberalism, and, in some states, enabled populist authoritarian, ethno-nationalistic, militarization and surveillance.

This article warns against some of the global fault lines exposed by the pandemic - the conspicuous absence of the right to health and social protections in many states, and the undoing of democratic practices under the guise of the "war" on the virus being some.

It concludes by emphasizing the importance of guaranteeing fundamental rights to all while ensuring that the extraordinary measures resorted to, globally, are necessary, reasonable, and proportionate, and not normalized in the post-pandemic context.

The right to health and its enforcement is a fundamental entitlement, enshrined in the Universal Declaration of Human Rights (UDHR) and various International Treaties and Declarations. It is an inclusive right, dependent on a range of underlying determinants from safe drinking water to food, nutrition, housing, etc. It includes the creation of healthy working conditions and environments, information and participation and the freedom to control one’s health and body. The right to health also calls for a system of health protection which provides equality of opportunity for everyone to enjoy the highest attainable standard of health. Therefore, the state is obligated to provide health services, goods and facilities to all without discrimination.

The strongest protection of the right to health and its enforcement as a fundamental entitlement is through its inclusion in a country’s bill of rights. In many countries, however, it is relegated to directive principles of state and limited to progressive realization within the bounds of available resources. Nevertheless, in some countries, despite the absence of constitutional guarantees, national laws and progressive health policies have guaranteed some of the rights. Many newly framed constitutions have some form of health rights protections.

There are deep-seated structural and systemic inequalities created by neoliberal economic arrangements that the pandemic has brought to the surface, which are now manifesting in socioeconomic and political crises across the globe. While the virus can affect anyone indiscriminately, it does not affect everyone equally, debunking the myth that it is a universal equalizer.

However, the overall guarantee of public health is generally poor globally (with some exceptions) and is unequally distributed between and within states as the Covid-19 pandemic has demonstrated. Fundamental to this are the deep-seated structural and systemic inequalities created by neoliberal economic arrangements that the pandemic has brought to the surface, which are now manifesting in socioeconomic and political crises across the globe. While the virus can affect anyone indiscriminately, it does not affect everyone equally, debunking the myth that it is a universal equalizer. For instance, social distancing and self-isolation is an unattainable privilege for those living and working in crowded environs; hand-washing is impossible for those with poor or no access to clean water. Universal lockdowns have forced migrant workers onto the streets and deprived billions of their incomes and livelihoods. Prisoners, people in detention centers and internally displaced people are at heightened risk of infections, and the worst affected being the elderly in institutional care. Women, children and LGBTQI+ persons at risk of violence have been forced into domestic confinement with their abusers, and women have been compelled to take on the disproportionate burden of unpaid care work.

Ultimately, inadequate health care systems, lack of social protection and state responses have failed the poor and the vulnerable almost everywhere. The pandemic has pushed states to resort to extraordinary measures to battle its global impact. Even when these measures have been instituted through legislation, orders and regulation, they have raised serious concerns. From a human rights perspective, the critical standard for such measures must that they are legal, necessary, proportionate, and non-discriminatory. They must also have a specific focus and respond to immediate threats while protecting human rights and the rule of law and they must be time bound.

However, some decisions have been made unilaterally at executive levels, putting them beyond the scrutiny of judicial review. In some instances, parliaments have been overlooked or prorogued, leaving little room for necessary checks and balances. In others, disproportionate responses have resulted in humanitarian crises exacerbating the impact of the pandemic and violating a range of fundamental rights. In many instances, such disproportionate responses have been taken against existing backdrops of populist authoritarianism, ethno-nationalism, militarization, ongoing conflict, and suspension of human rights. Under the guise of the pandemic, authoritarian regimes have arrogated repressive powers to themselves, allowing for the dismantling of democratic institutions and the suspension of freedoms including those of association, expression and dissent.

The use of technology for purposes of surveillance, which has already been a major threat to digital justice is now leveraged in the name of public health security.

A particularly insidious approach has been invoking the discourse of war to deal with the pandemic, inciting fear and an unquestioning dependence on the state for the provision of safety and security without heeding due process, rule of law and democratic governance. Additionally, the use of technology for purposes of surveillance, which has already been a major threat to digital justice is now leveraged in the name of public health security. Many states, if not all, now infringe on the right to privacy through such surveillance, with very real possibilities of this becoming the new normal after the pandemic.

The pandemic demands the imperative of fulfilling the right to health and healthcare for everyone. The right to health must also be addressed as an inclusive right which is indivisible from and dependent on a range of socioeconomic and political rights, including privacy and personal freedoms.

Ensuring that the extraordinary measures resorted to by almost all states, globally, are tested on the doctrines of necessity, reasonableness and proportionality and not normalized post-pandemic is the challenge for human rights.

This piece was first published on the DAWN website. Kumudini Samuel is a DAWN Executive Committee member. 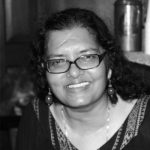 Kumudini Samuel is a DAWN Executive Committee member. She heads DAWN’s Political Restructuring and Social Transformation (PRST) thematic analysis team. Kumi is a co-founder and works at the Women and Media Collective, a feminist organisation advocating on legal and policy reform in relation to gender and sexuality, work, politics and media.