Cracks in the Edifice: Postcards from the People’s Tech Frontier

The DataSyn team chronicles the stories of activists, workers, and even nation-states’ resistance to, and resilience against Big Tech.

As most of the world concludes a year of precarity, deprivation, and widening inequality, Big Tech is poised to hit double-digit rates of growth, with the top five global corporations looking to make $1.398 trillion in combined revenue in 2021. Yet, this is only part of the picture. 2021 was also a year of subversion, with activists, workers, and even nation-states, throwing down the gauntlet. The DataSyn Team chronicles a few of these critical moments of contestation.

The year marked one of the high points in the litigation arena for workers’ struggle against Big Tech, with the UK supreme court granting victory to former Uber drivers Yaseen Aslam and James Farrar. The court upheld the verdict that Uber drivers should be classified not as independent contractors but as workers entitled to basic employment protections. This is a watershed moment towards strengthening the position of workers in the gig economy. Uber, of course, continues to try and find ways to undermine and challenge the ruling. But the galvanizing force of the verdict has been undeniable, with thousand of claimants coming forward to demand back pay, Aslam and Farrar pushing the frontiers of the legal battle to issues of worker data, and a Dutch court also ruling in favor of gig workers in a separate case in the latter part of the year. 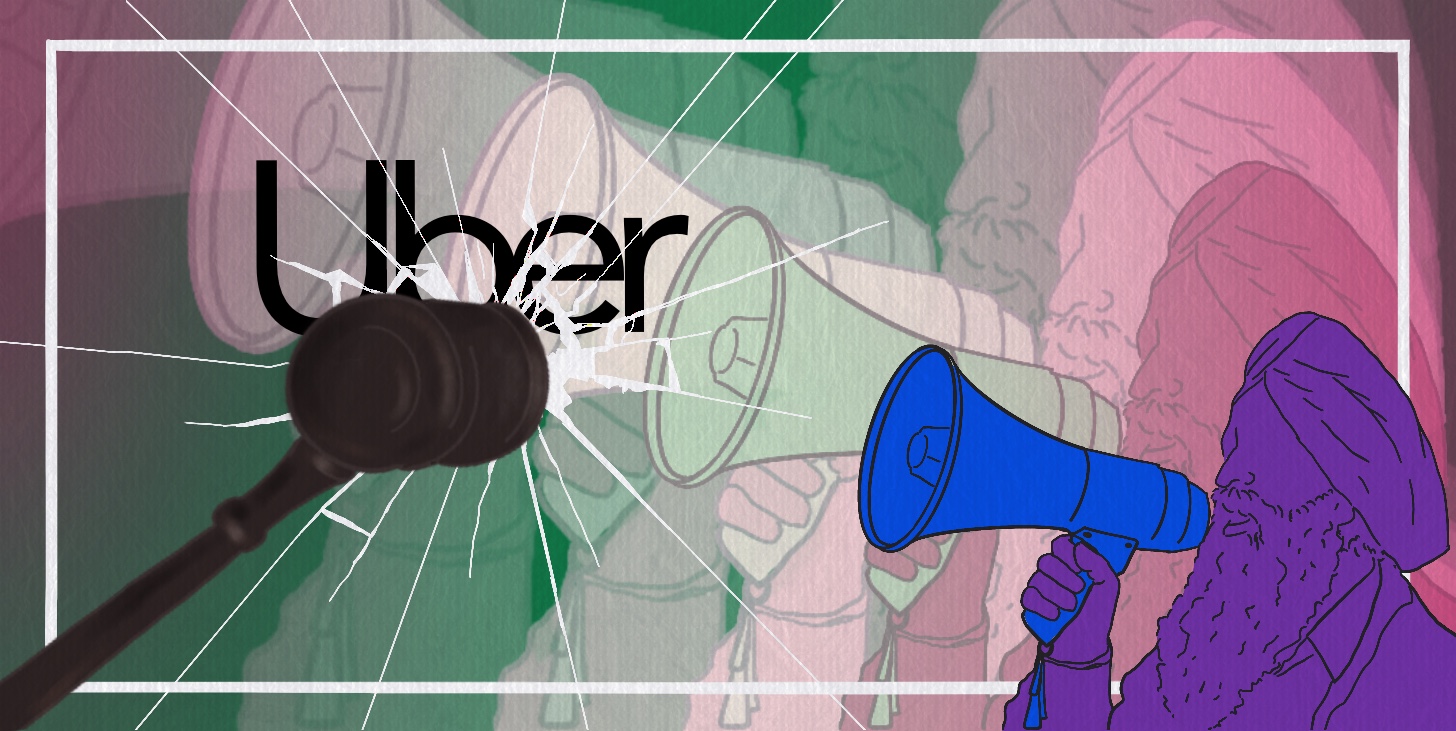 Recent years have seen much debate around the so-called ‘techlash’, with the US and the EU contemplating regulatory approaches to rein in Big Tech. In December 2021, the EU announced a major draft law aimed at regulating the relationship between gig workers and the platforms that employ them. However, what stood out in 2021 was the decisive intervention of the Chinese state with a series of measures. Ranging across antitrust law, financial regulation, consumer data protection, and algorithmic governance, this flurry of moves by the country to discipline its indigenous tech behemoths has been both sweeping in scope and radical in purpose. The Chinese approach seems to go much further structurally than its western counterpart in tackling e-commerce, delimiting commodification of key social sectors, outlining clear red-lines for algorithmic recommendation, and antitrust probes. While the fallout of these measures remains to be seen, they certainly raise new questions and open up new pathways in conceiving economic governance for the digital age. 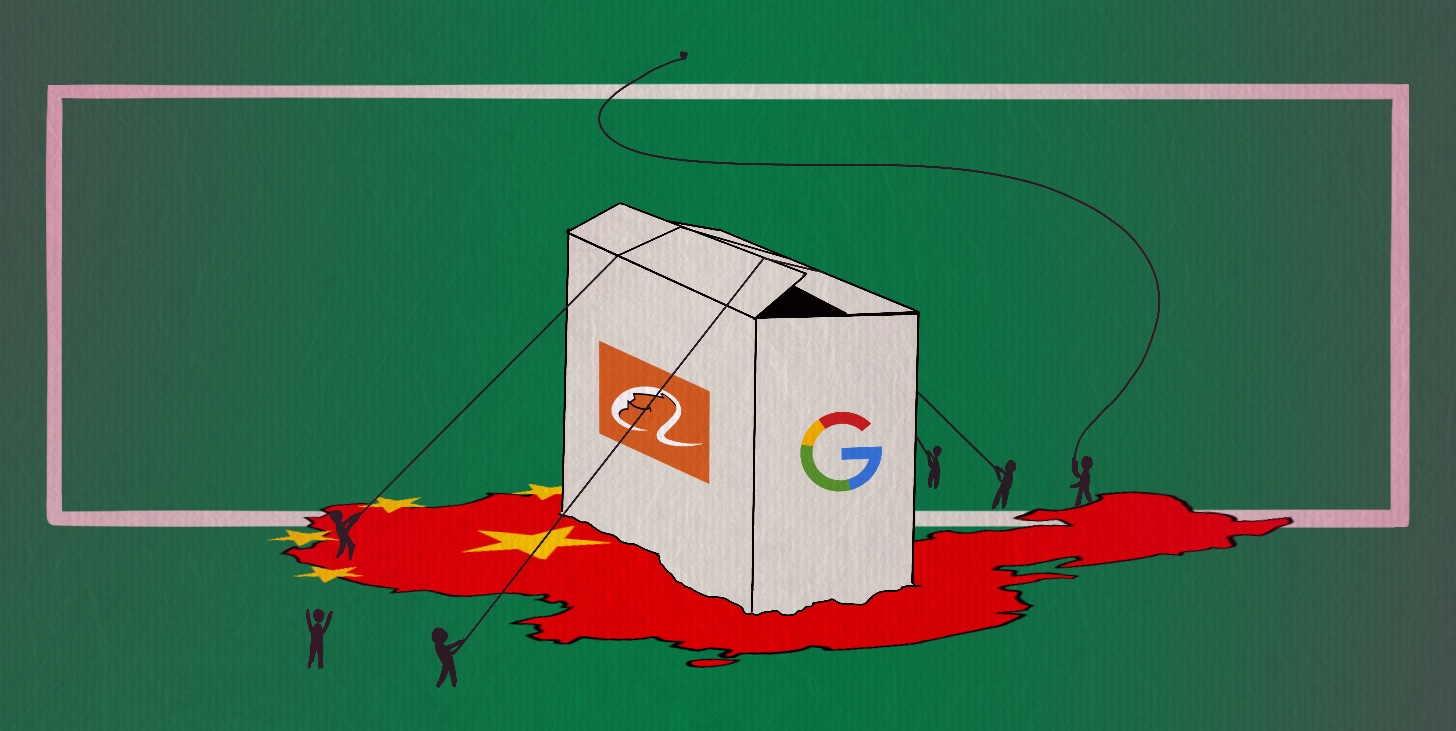 This year saw platform workers in India steadily building up their grassroots organizing. A major strike by women gig workers against India’s dominant home-service platform, Urban Company, witnessed the coming together of beauty workers to protest low wages and working conditions. Battling oppressive gender norms and atomizing platform structures has not been easy for women gig workers. The company was forced to enact a series of measures to resolve workers’ grievances as a result; a victory that serves as a clarion call for scaling up collective action by the country’s women platform workers.

In another great story from India, Reuters made waves with its exposé on Amazon’s extensive anti-competitive practices in India. Leaked internal documents revealed how the company systematically followed a strategy of copying competitors’ products, creating knock-offs and gaming search results to privilege in-house brands like Solimo. In some ways, this is a corroboration of a suspicion that many already had regarding Amazon’s approach. Such moments of public exposure can serve as crucial inflection points to inject greater nuance into discussions on competition policy for the platform economy. For instance, to debate the need for structural separations between key segments of the digital economy value chain. 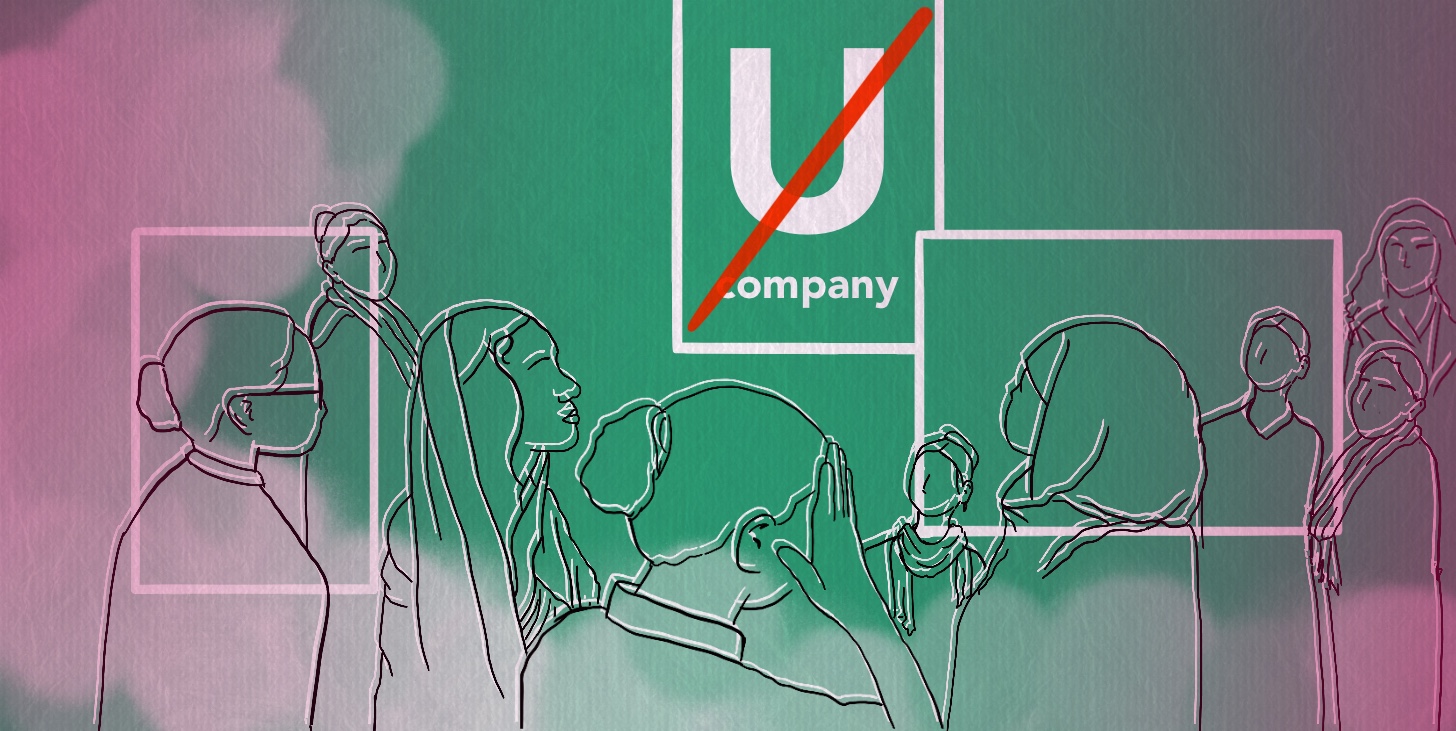 As the centrality of data and digital technologies to future trajectories of economic development become increasingly apparent, more and more developing nations are starting to assert themselves within the domain, and taking timely regulatory action to secure and develop their own indigenous digital capabilities and infrastructure. This year saw South Africa move strongly in this direction, with its Competition Commission launching an inquiry into the behavior of online intermediation platforms, along with unveiling its Draft National Data and Cloud policy. The latter, apart from attempting to create an environment to foster digital businesses in the local economy, and proposing regulations on personal data, also moves towards recognizing the crucial economic stakes of data flows by stipulating measures towards data localization and digital sovereignty. South Africa’s national digital and data policy actions are also consistent with the strong stance it adopted against the controversial World Trade Oraganization’s plurilateral negotiations on e-commerce. 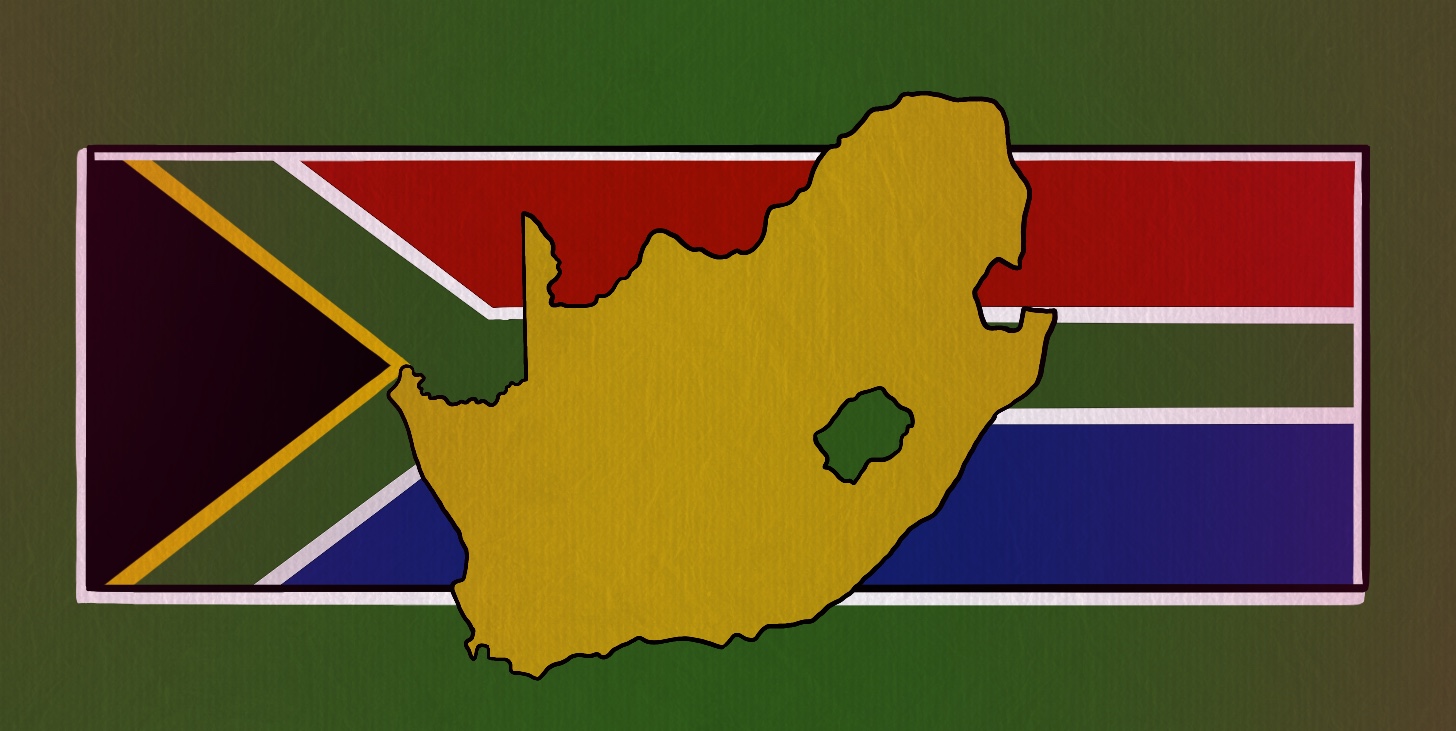 While 2021 saw Amazon reap mammoth profits, it was also a year of mounting woes for the company as the backlash against its exploitative and ruthless practices started to grow in a variety of forms. Earlier in the year, workers toiling under the inhuman conditions of Amazon’s warehouses, faced a major setback with the failure of a milestone vote towards unionization in Bessemer, Alabama. However, recent investigations by the US National Labor Relations Board (NLRB) has found that Amazon illegally interfered with election procedures in ways that were likely to influence the results. As a result, the NLRB has called for the earlier result to be scrapped, and a new election to be held. In parallel, Amazon also came under fire in Europe leading to record fines of $887 million for violating the EU’s data protection laws, and another $1.3 billion for abusing its dominant market position in Italy.

To top it all, November 26 (Black Friday) saw the second iteration of the global Make Amazon Pay campaign, led by UNI Global Union and the Progressive International that brought together over 70 unions, worker federations, civil society groups, and other allied organizations. This spanned a host of protest-actions in locations around the world, including an oil refinery and container ship in Latin America, a regional office in Africa, and a supply chain factory in Asia. The growing clout and international reach of such protest movements not only shows agility and coordination among progressive groups worldwide, but also their capability to actually hurt these companies’ bottom lines. These are signs of promise, for challenges to the global tech giants will need the full force of international solidarity. 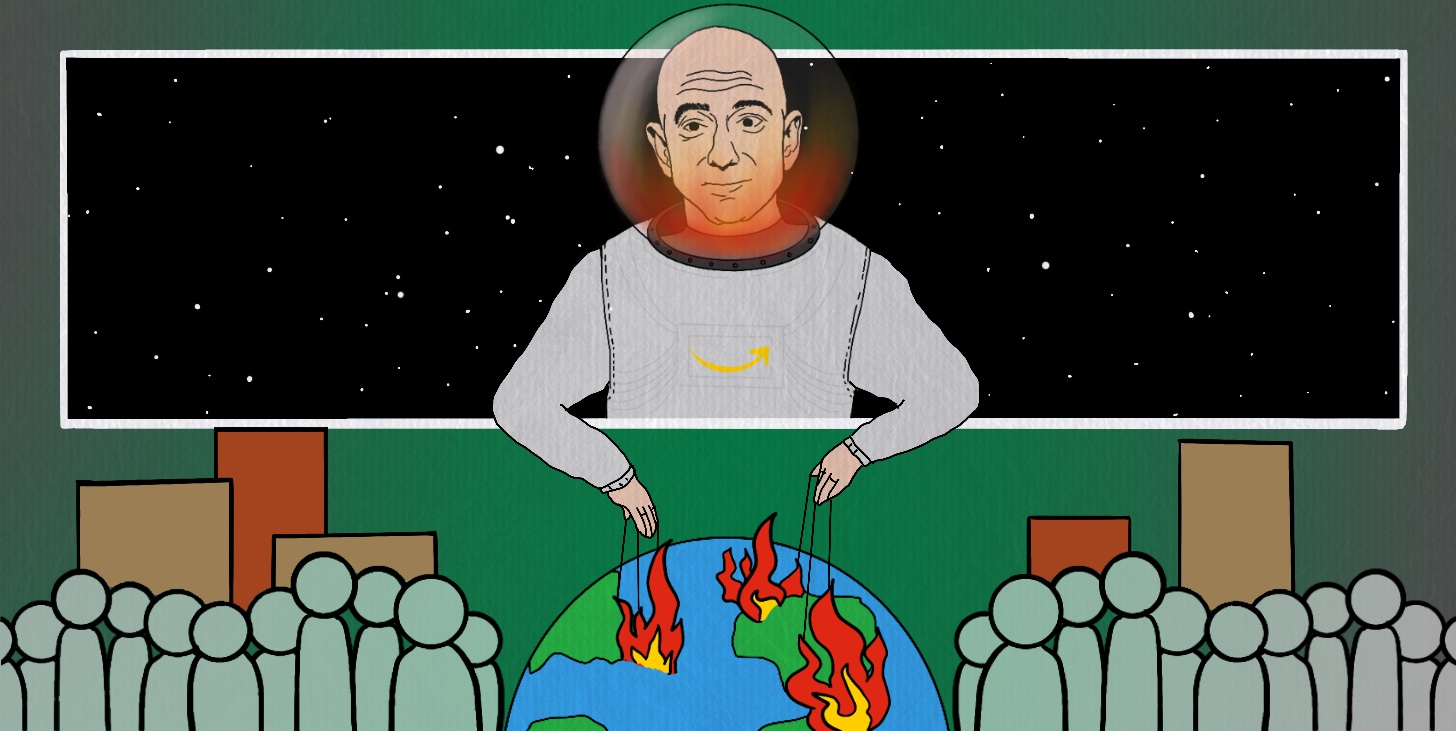 The growing anger and clamor for change directed against the East Asian ride-hailing giants Grab and Gojek over the course of the year signal Big Tech’s standard modus operandi, whether of the Silicon Valley variety, or others that are home-grown. With their livelihoods further disrupted by the pandemic, workers in Asia are increasingly turning against platform employers, and for good reason. Citing the lack of benefits, exploitative commissions, algorithmic opacity, unilateral policy changes, and a generally harsh and unsafe working environment, platform workers are starting to come together to protest the terms of their work arrangements.

The year saw over a dozen organized protests, some with several hundred workers involved, as well as several other wildcat strikes. Unions have also seen rapid increases in membership. Seroja, an online union for two-wheel drivers, has surged from about a 100 to more than 7500 members within a year. While the movement remains fragmented, there are signs that it is starting to slowly have an effect. Around mid-2021, the prime-minister of Singapore publicly expressed concern for the condition of gig workers, and there is a good chance that worker-related turmoil may have contributed to Grab’s shares losing a third of their value on their first day of trading. 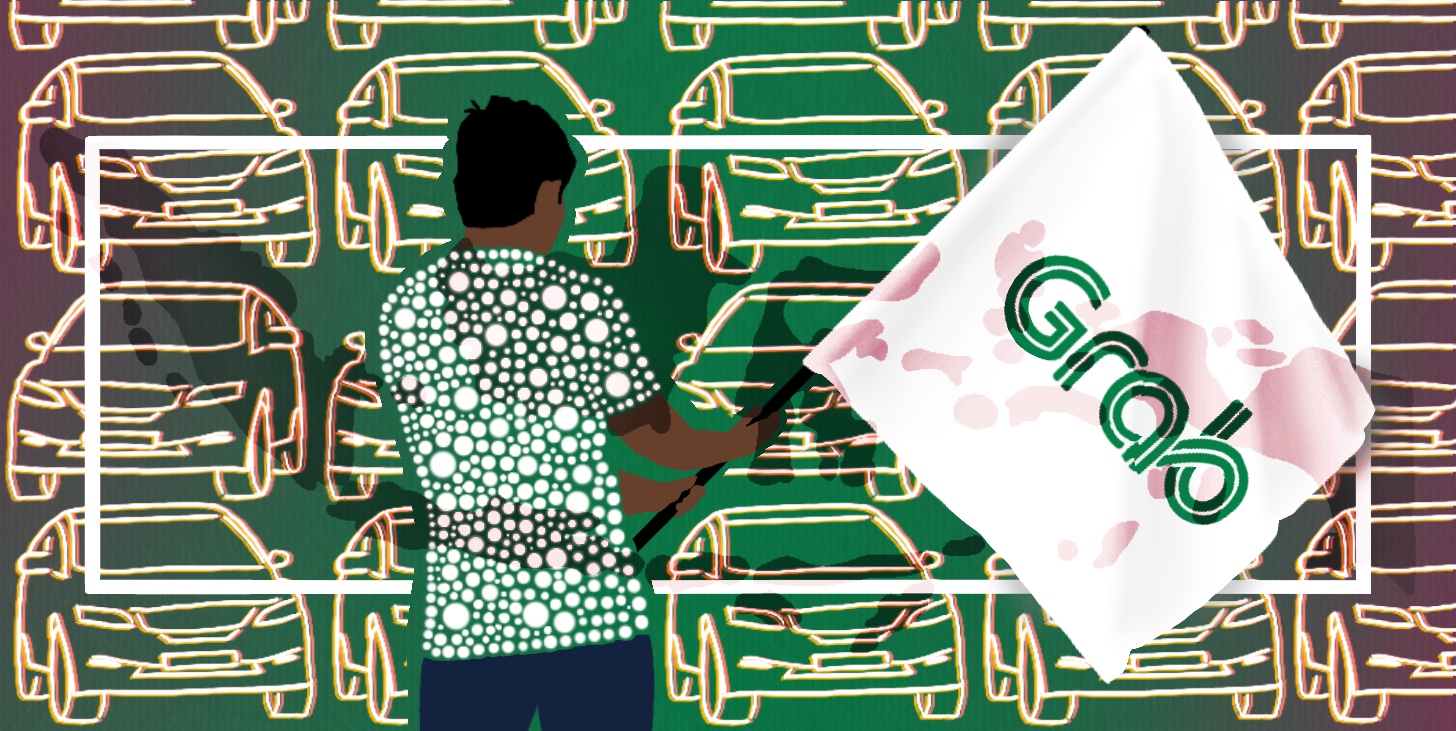 This illustrative essay is part of DataSyn’s year-end issue. Check out this special interview series bringing together 21 expert perspectives on major developments in Big Tech, and these media and book recommendations on all things Big Tech from the issue.

DataSyn is a free monthly newsletter from IT for Change featuring content hosted on Bot Populi. DataSyn provides concise and relevant analysis on all matters concerning Big Tech. In an era where Big Tech has become the epochal problem, the spirit behind DataSyn is one of cautious aspiration, critical nuance, and despite everything...a relentless optimism about the digital being a means of equitable development.

January 24 | 8 min read
Big Tech Watch
Gender-based Abuse on the Metaverse: The New Internet is Being Coded on a Toxic Palimpsest