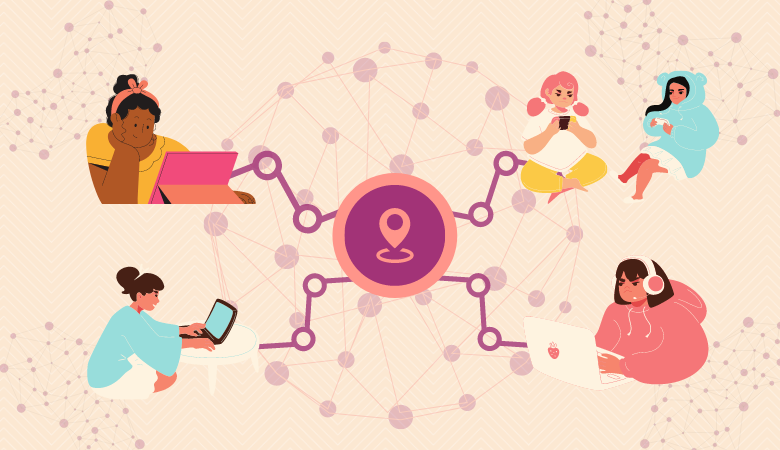 Reflections on the Madras High Court’s interpretation of “Public Place” in cases of sexual harassment in virtual spaces.

As women stake their claim in online publics, many have faced backlash in the form of online gender-based violence, much of which has been dismissed based on the patriarchal idea of women's presence in public spaces begetting "temptation".

Additionally, the purely geo-spatial understanding of "public space" in Indian laws addressing sexual harassment, and the general legal ambiguity about online publics, has lead to the accused in cases of online sexual harassment being acquitted.

This article argues that the existing legal interpretations of public place no longer hold true in a digital world and emphasizes the necessity of a feminist review of laws that are blind to the reality of spatial fluidity in a post-digital society.

India’s Ministry of Home Affairs has set up a Committee for Reforms in Criminal Laws. While this committee is making an attempt to factor in the evolving language of hate speech, especially in the digital space, it has overlooked one critical aspect of reform of legacy laws. Our existing laws are ill-prepared to navigate the realities of fluid private-public spaces, and court judgments often do not make the cognitive leap of imagination necessary for judicial decision-making to reflect the lived realities of people in digital world. One area where this lag is making itself apparent is in court decisions in relation to sexual harassment in online spaces.

The link between sexual harassment and public spaces is derived from what the law seeks to do when it ensures the protection of women in the public sphere. It is worth asking then how we define a “public” place. Does a purely geo-spatial understanding serve a meaningful function in the increasingly virtual private-publics we occupy for work, for pleasure, for politics? Can a feminist critique of public and private space enable us to identify the fault lines in a spatial delimitation of public space for the definition of an offense?

As more and more women lay claim to digital spaces, there has been a concurrent rise in the harassment and abuse of women, mediated by the very digital devices that we use to access our hyperlinked world. Yet, this seemingly new problem of online gender-based violence, that includes various forms of gender-based hate speech, is in fact an old problem. There is nothing new about women venturing into spaces that are unfriendly to their presence, where their mere presence purportedly begets “temptation”, and harassment is deemed “but a natural response” to women staking their claims to those spaces.

This seemingly new problem of online gender-based violence, that includes various forms of gender-based hate speech, is in fact an old problem. There is nothing new about women venturing into spaces that are unfriendly to their presence, where their mere presence purportedly begets “temptation”, and harassment is deemed “but a natural response” to women staking their claims to those spaces.

In 1960-70s India, street harassment (at the time euphemistically called “eve-teasing”) gained recognition as a social problem. As more and more women began stepping into otherwise male strongholds such as colleges, offices, and streets, the visible and vocal sexism became impossible to ignore. The Indian government had to take steps to combat this menace, sensitizing the police, deploying plain clothes officers to round up miscreants and nuisance creators.

While attempts were made to outlaw street harassment, the only successful attempt at formulating a special law to this specific end occurred in the southern Indian state of Tamil Nadu. It is notable that throughout our checked history of legislation around women’s issues, these laws are always reactive to a particular incident that “shocks the conscience” of a people; whether it is Nirbhaya, Mathura, or, in this instance, Sarika. The death of 20-year-old Sarika Shah in a traffic incident that was triggered and abetted by her sexual harassers led to the enactment of the Tamil Nadu Prohibition of Harassment of Woman Act, 1998 (“the TN Act”.)

This law is meant to “Prohibit [Harassment of Woman] in any place in the State of Tamil Nadu”. Section 4 of the law punishes the “harassment of woman in or within the precincts of any educational institution, temple or other place of worship, bus stop, road, railway station, cinema theater, park, beach, place of festival, public service vehicle or vessel or any other place...” (emphasis supplied).

In 2018, the Madras High Court presided over a case (Logeswaran v. State) where harassment took the form of a series of vulgar messages received by the victim via mobile phone while she was in her home. The court, interpreting the phrase “any other place” in section 4 of the TN Act, reasoned that the meaning of the phrase could not be extended to the home of the victim. They reckoned that the TN Act was a measure to eradicate harassment in public places. Although it recognized that the preamble of the TN Act says “at any place”, the court observed that a detailed description in section 4 signals that it should only be applied when harassment takes place in a “similar public place”. For this reason, messages sent through a mobile phone would not fall under section 4 of the TN Act, the court reasoned.

This interpretation points to the difficulty of establishing the boundaries of a public place in the context of digital communication. In this case, the court relied upon the physical location of the recipient of the message to understand if the space where harassment occurred was public or not. The court noted “that the harassment suffered in the case is within the confines of the home/place, wherein a computer is housed.” This is a strange observation, not least because the message was received on a mobile phone and not a desktop that is unlikely to be moved around. A mobile phone is, by virtue of its definition, carried around everywhere, including to public places that will be well covered by even a strict interpretation of section 4 of the TN Act.

This interpretation of section 4 of the TN Act is not the only instance where the court has observed that the provision of a law punishing harassment is inapplicable due to the spatial setting in which such harassment occurs. In 2019, in another Madras High Court case (Palraj Pandian v. State), a man (A1) and woman were in a live-in relationship for a few months after which A1 abandoned the woman. Charges were framed under section 4 of TN Act against A1 for causing mental anguish to the woman. Subsequently, a male relative (A2) of A1 sent abusive SMS messages to the woman. Charges for these abusive messages were framed not under section 4 of the TN Act, but under section 294(B) of Indian Penal Code.

Curiously, section 294(B) concerns itself with obscene acts or songs, punishing whoever “(a) does any obscene act in any public place, or (b) sings, recites, or utters any obscene song, ballad or words, in or near any public place”. The court relied on reasoning used in the Logeswaran (2018) judgement to determine the inapplicability of section 4 in this case against A1.

The court held that the objective of the TN Act is to prevent harassment in a public place; since the Palraj Pandian case involved no allegation or harassment of the woman in a ‘public place’ the TN Act wouldn’t apply. The court further held that section 294(B) wouldn’t apply to the actions of A2 since an offense under this section should be committed in a public place—an element that the court deemed missing when harassment takes the form of SMS messages. Both the accused were acquitted.

Here again, we are forced to contend with the nebulous interpretation of what constitutes a public place to determine whether an offense has indeed occurred. For its understanding of public place vis-à-vis section 294(B), the court relied upon a 1996 judgment of the Supreme Court of India wherein it was held that:

The court relied on this tenuous engagement with the concept of publicness in order to not only prove the inapplicability of the provision to the present set of circumstances, but to limit the definition of public place as one that is not mediated by mobile phones.

In both cases, the Madras High Court missed important opportunities to expand the scope of the application of the provision to digital communicative publics.

It is clear that existing interpretations of public place in law no longer hold true in a digital world and it is necessary for the judiciary to update its interpretation of these categories. Any effort to reform India’s Criminal Laws will fail without a feminist review of laws that are blind to the reality of spatial fluidity in a post-digital society.

Legacy laws enforce spatial categories for recognizing harassment and abuse targeted at women, even as the reach of the digital renders such divisions meaningless. It is clear that existing interpretations of public place in law no longer hold true in a digital world and it is necessary for the judiciary to update its interpretation of these categories. Any effort to reform India’s Criminal Laws will fail without a feminist review of laws that are blind to the reality of spatial fluidity in a post-digital society.

The author would like to thank Gauri Thampi for her valuable research assistance for this piece during her internship at IT for Change.

This article is based on research conducted as part of an ongoing project titled, ‘Recognise, Resist, Remedy’ supported by International Development Research Centre (IDRC). 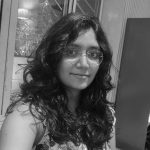 Bhavna Jha is a Senior Research Associate at IT for Change. She works on the intersection of gender, law, and digital justice. Her current research focus is online gender-based hate speech.