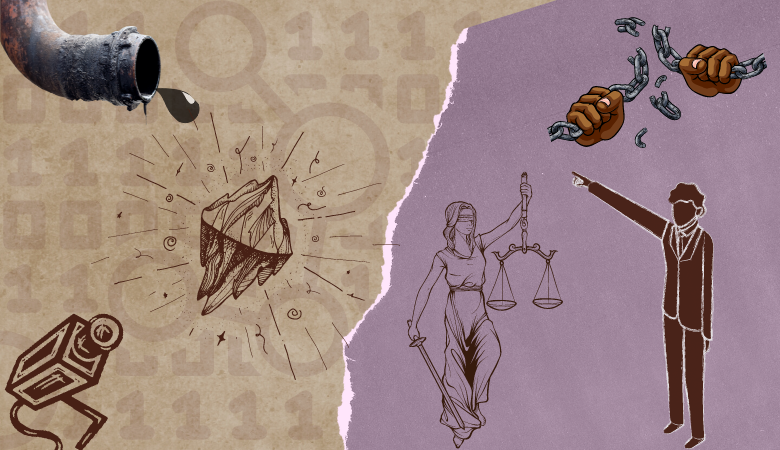 Why Metaphors for Data Matter

Metaphors shape the way we understand and govern data. It is critical that we develop a metaphor that unshackles the power asymmetries in the current political economy of data.

Depending on how they are used, metaphors of data can help powerful data corporations entrench their positions in the data economy or serve as tools of resistance that re-enforce individuals’ and  communities’ decisional autonomy over their data.

This article explores current and potential metaphors for data — from data as the new oil to data as a form of property. It warns against the risk of choosing metaphors that may seem intuitive but play into the very narratives that perpetuate corporate control over data.

In conclusion, the authors highlight the need to develop decisional autonomy as the core metaphor for data while ensuring that individuals and communities have the skills, resources, and support needed to enjoy this autonomy.

Over the past decade, entrepreneurship guru Clive Humby’s 2005 musings on data as the new crude oil have become mainstream, driving popular conversations at the World Economic Forum and The Economist. Humby’s analogy is just one among a plethora of such phrases coined by commentators and industry tycoons in an effort to locate the precise metaphor that helps explain and regulate data. Many such metaphors — from currency to uranium to the Alaskan Permanent Fund — have come and gone, all in a futile quest to characterize data and map its contours.

However, metaphors that pervade public discourse matter deeply, shaping governance in many ways. The domino theory metaphor that propelled the United States’ ill-fated interventions during the Cold War or the lifeboat metaphor that shaped global resource distribution policies are cases in point. Depending on how they are used, metaphors can help the powerful entrench their positions in the pecking order or serve as tools of resistance.

When it comes to data, metaphors shape the way it is understood and governed. From the perspective of individuals and communities looking to resist economic and political control by the actors most powerful in the global political economy and their own powerlessness, the ideal metaphor need not be one that most accurately captures the various characteristics of data. Finding the perfect metaphor is impossible as all of them are oversimplifications of reality but we need to find one that best serves our needs and aspirations. Resistance is best realized through a metaphor or group of metaphors whose history and imagination can unshackle power asymmetries in the present political economy of data.

The global data economy today is both structured around and dependent on entrenched power asymmetries, further exacerbated by the control asserted by powerful entities. As the digital lives of individuals are transformed into computable data to be used for the aggrandizement of capital, users face a systematic deprivation of control. The erosion of control is not uni-dimensional — it is intersectional and dynamic.

Power asymmetries exist between all stakeholders of the digital economy. The most fundamental asymmetry exists between users whose data is accessed and used and the public and private players who collect and process this data through non-negotiable contracts, rendering the control exerted by them into an illusion of informed consent. The second asymmetry exists between large companies exploiting vast swathes of data and new and potential market entrants that face significant barriers to entry, often surrendering to the control of larger players through acquisitions. Finally, there is asymmetry between developed ‘western’ states which house a majority of data corporations and, consequently, hold much of the world’s data and decision-making powers, and the developing world which continually attempts to narrow this power gap and regain sovereign control.

Metaphors of Ownership and Value

Could ownership be an antidote to this asymmetry of control? Not if we go by the history of property rights. Property law has been far more successful in securing the rights of those already in positions of power than vulnerable communities. Property rights are allocated, defined, and implemented across societies by legal institutions. As such, these rights mirror the distribution of political power in that society. Brazil and India are emerging economies with the most well-defined property rights on paper, yet both see alarmingly high numbers of forcible displacements of vulnerable communities in order to facilitate land grabs for big businesses.

Looking at data as a form of property means that privacy becomes a ‘value’ that is owned, and like any other piece of property, it can be bartered. The implication of vesting property rights in personal data is that privacy is an alienable right.

While the idea of data ownership or getting paid for personal data is intuitive, championing the commodification of data as a resource plays into the very narrative that corporations and their abettors want to build. Even legally, this metaphor does not quite make sense. Unlike other forms of property, data is non-rivalrous. Looking at data as a form of property means that privacy becomes a ‘value’ that is owned, and like any other piece of property, it can be bartered. Vesting property rights in personal data implies that privacy is an alienable right. Increasingly, we arrive at a dignitarian conception of privacy. While we may waive or even forfeit this right under some circumstances, alienation would lead to transferring all moral rights associated with data.

In today’s high-stakes data economy, renting and selling personal data would lead to extremely exploitative and iniquitous consequences which would abrogate the fundamental right of privacy which all human beings should enjoy and cherish when it comes to their personal data. As with traditional property rights, power structures mean that disenfranchised groups will find it difficult to negotiate a fair deal with the powers that be. They will also be more willing to compromise on fundamental rights, further enabling corporations to assert control at the cost of their autonomy.

Commodification of data through the metaphor of labor is similarly problematic. Understanding data as labor would also lay bare deeply-woven inequalities in society. The value of data will mirror the class and privilege divides, with demographics whose attention translates into less advertising revenue being worse off. Furthermore, treating data as labor means that every aspect of a data worker’s life — friends, hobbies, food preferences, romantic relationships, and travel would become potential data points that could generate monetary value. The small joys of daily existence would be commodified and laid on a platter for the selective corporate buyer, antithetical to the core ideas of humanity and dignity.

When rethinking control over personal data, decisional autonomy must be the core metaphor for understanding data. Decisional autonomy respects the capacity of each individual engage in relationships with other actors in the data economy such that their freedom to choose is respected. State and society exist to ensure that these choices are made in an atmosphere free from information asymmetry and coercion by existing power structures. In today’s digital world, control over one’s choices and therefore one’s lives means exercising control over the data one creates.

Data, whether in the form of personally identifiable information, or arising as a consequence of individual participation in any process or activity, has come to play an integral role in arriving at decisions, either about or on behalf of individuals and communities. Whether it is decisions made on one’s behalf, say by a recommendations engine, or about an individual, say by a credit-scoring algorithm, these decisions are manifestations of data. These decisions are often undertaken through a complex data ecosystem, involving an opaque algorithmic system and unintelligible roles played by both humans and machines. While decisions have always been made based on some data or information, accurate or not, the contemporary data ecosystem turns this decision-making process into an impenetrable black box.

Seeing data through the metaphor of decisional autonomy brings these core asymmetries in the data economy to light, and enables us to figure out the skills, resources, and support needed for individuals and communities to enjoy their autonomy

Seeing data through the metaphor of decisional autonomy brings to light these core asymmetries in the data economy, and enables us to figure out the skills, resources, and support needed for individuals and communities to enjoy their autonomy. Legally, this support comes from human rights and constitutional law — from decisional privacy — which enables individuals and communities to make autonomous choices free from intrusion, judgement, or criticism of external actors, including the state. Information on the use of personal data and informed consent become equally critical, so that the individual is able to assert control and decision-making power over one’s digital self. The same applies to communities. Self-aware groups should be able to assert control over how data collected about them is used by entities collecting, along the lines of the guiding principles acknowledged in India’s latest version of the non-personal data report which includes both rights over the governance of the resources, sharing of benefits, transparency and protection from illegitimate discrimination and other information harms. The benefits should not be linked with monetization or ownership but instead be rooted in providing benefits to communities from their own data. For example, aggregated data about a community might indicate that community members do not have regular internet or telephone connectivity. Regardless of whether this insight is useful for private players, they should share this with public authorities who should intervene immediately to benefit the community in question.

The extension of individual or community autonomy to the nation-state is the construct of sovereignty. Simply put, data sovereignty is the right of all states to govern data within its borders in line with public international law. This is crucial for developing countries whose citizens and communities are engaging with private actors largely based in a handful of countries in the developed world, especially the United States. Of course, greater control asserted by developing nations against the present (developed) ecosystem that hold the reins of power should not come at the cost of individual or community autonomy. It is the obligation of all states to govern in the best interests of its citizens, in line with principles of international law. The crux of this metaphor, as with all metaphors for understanding data, lies in preserving control and asserting power through taxation, competition law, privacy-protecting legislation, and international cooperation based on the preferences and needs of citizens.

Metaphors propping up materialistic understandings of data enable it to be governed as a resource, the rules for which are framed by private actors who stand to benefit the most through value extraction. Data is much more than the value it brings to corporations or the public information it provides to states. It is human life with its inherent frailties and triumphs. The reduction of humanity’s digital existence to terms that can be commodified and manipulated by entities that govern society is the problem. To re-enforce decisional autonomy is to take back this control at all levels. 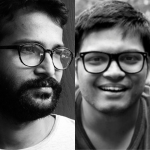 Amber Sinha is the Executive Director at the CIS. He works on issues surrounding privacy, big data, and cyber security.

Arindrajit Basu is the Research Lead at the Centre for Internet & Society, India, where he focuses on the geopolitics and constitutionality of emerging technologies.